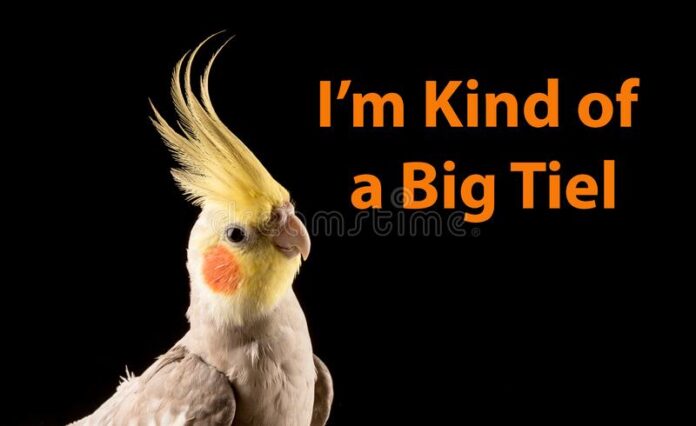 Entertain yourself with the most funny memes of the year orbiting the internet.

Every new year comes with its new memes! You can’t deny that the last few years have been considered a rollercoaster ride and the only method to go through all of such insanity is to laugh. Year 2022 started off with some of the funniest memes. There are morning memes, Christmas memes, evening memes, happy birthday memes, animal memes (cat and dog) to keep you laughing. Let’s have a quick look at the best funny memes of the year 2022 that are viral throughout the internet.

Why is it called a meme?

A meme as defined by Merriam-Webster: “an amusing or interesting item (such as a captioned picture or video) or genre of items that is spread widely online, especially through social media.” And according to the Oxford English Dictionary, “an image, video, piece of text, etc., typically humorous in nature, that is copied and spread rapidly by internet users, often with slight variations.” Before social media memes became popular in the 21st century, British scientist Richard Dawkins first coined the term “meme” in his book, The Selfish Gene. He defined it as “a unit of cultural transmission.”

What does a meme consist of?

Memes consist of funny pictures and text, which are typically used as a form of social or political commentary or is used for transmission of culture through the imitation or non-genetic means. Sometimes, memes generate various interpretations as it goes viral around social media, text, or e-mail.

Answer is no, a GIF is not a meme. However these terms are closely related to each other. GIFs are image files that can move, like short movie clips. The only difference between GIFs and memes is that GIFs move. Unlike memes, GIFs don’t make comments on social or political issues.

Production of memes, how?

With various funny memes orbiting around the internet, you may find it difficult to create on your own. There are multiple meme applications and tools you can use to create your own memes, such as:

Life without memes on the Internet is hard to imagine. Funny situations, phrases, cases, reactions and behavior of people help to forget for a moment about all the bad things that are happening around. Among the memes of 2022, the funniest are distinguished.

In 2022, users on the Internet laughed at such memes: “OK, let’s go”, “Moscow, metro station ‘Lublino’, we are working”, “Listen, how cleverly did you come up with this”, “Skeleton will return later”, “Playing squid” , simple-dimple and pop-it, Anonymous, “Hunting to make a fuss”, “For the better, right?”, cheerful and sad Dean Norris.

As M. V. Yagodkina explains , memes are verbal in video format and text. The first option helps to better reveal emotions. But often it is the absence of these very emotions that can make people laugh. The hero of the presented meme is a boy with glasses, who unemotionally says the phrase “OK, let’s go.” A comical incident occurred on the Dutch show “Man bijt hond” (‘Man bites the dog’). In the next episode, which was posted on YouTube on January 29, 2014, they talked about a man, Michael van Hoff. He is a fan of toy rides.

But the hero of the meme was not a man, but a young guy named Juri Raaphorst. He also likes such toys, so the editors of the show arranged a meeting for them. The passage became a meme when Juri said “OK, lets go” into the microphone, and the music began to play.

This ironic meme went viral on TikTok in mid-November 2022. The video shows the training of MMA athletes. Network users found it funny, after which they began to shoot their videos and substitute funny inscriptions under the template. The original video was posted by blogger Rizvan on November 12. The video quickly gained more than 22 million views. It shows how a large number of athletes practice the “pass to the legs” technique. The video was made a meme not only by its content, but also by the music. Everything happens under a remix of the song “50 Cent – In da club”.

“Listen, how cleverly did you come up with this”

N. A. Zinovieva mentioned that Internet funny memes bear the imprint of personal experiences, reflect the events of reality, and broadcast the worldview of the authors. They help with the help of a photo or a single phrase to convey emotions when communicating with friends or users of social networks. Such a meme was “Listen, how cleverly did you come up with this” – a quote from the cartoon “Dobrynya Nikitich and the Serpent Gorynych”. In this episode, the Russian hero Dobrynya praises the messenger Elisha for his cunning plan.

The whole phrase became viral: “Listen, you cleverly came up with this. I didn’t even understand at first. Well done”. The meme shows situations when someone deftly circled another around the finger.

This meme is also from the cartoon. It is a two-panel picture with frames from the cartoon “He-Man and the Lords of the Universe.” In the pictures, Skeleton tells unpleasant and unusual facts, and then runs away into a cave.

The frames that became the template for the meme are taken from the animated series, which was released in 1983-1985. The skeleton in the pictures is an evil sorcerer and warrior who was the enemy of the protagonist Hee-man. The character with a naked skull in a hood was already a meme in 2018, but in the summer of 2022 it went viral again. It all started with a few posts on Reddit. The essence of the meme is to share interesting and unusual facts.

Read Also: What is the 25th Island of Greece Meme

In September 2022, The Squid Game was released on Netflix. The project became world-famous in the shortest possible time: in just two weeks, it entered the top ten series in the history of the platform. Then the series “The Squid Game” became the leader in views.

According to the plot, 456 people take part in survival games. They are reminiscent of children’s Korean games, but for losing a person paid with his life. The series was zealously discussed on the Web, which subsequently became the reason for a huge number of funny memes on the topic “Squid Games”. The brightest and most established format in memes is a template with an umbrella-shaped candy. With it, users wanted to show something difficult and dangerous.

Simple dimple and pop it

The main toys of the year are rubber anti-stress. Pop-it and simple-dimple are not very different from each other: in both versions, you need to press the bubbles. They became very sought after and popular, which led to the creation of memes about them.

The rubber stress reliever trend went viral on TikTok in early 2022. People ordered them on Aliexpress and then filmed videos with them. With the rise in popularity, YouTube began to film how to make simple dimples and pop it yourself.

The peak of popularity of these toys is April 2022. The essence of memes with rubber antristresses is to make fun of people who are already over 25 years old and who do not have time to keep up with modern trends.

S. D. Kanashina writes in her article that some Internet memes are based on fiction and acquire the features of absurdity, while others simulate and reflect objective reality. Anonymous refers to the second type of memes.

Their culture has been resurrected in 2022 as a major post-ironic trend. First there were funny memes about the ban on swearing on social networks, and then thanks to a tiktoker in a Guy Fawkes mask, the Lucky Lucky meme went viral. It demonstrates situations when a person is very lucky. Then a photograph of a girl wearing an Anonymous mask, holding a simple dimple, became popular on the Internet.

“Hunting to make a fuss”

This meme is a reflection of a modern person who is not accustomed to sitting still quietly. Modern people are used to fussing, worrying and trying to do everything in time.

The meme originated from the “abu bandits” subculture, and it became viral thanks to TikTok. The phrase “Hunting to make a fuss” is used to show ironic situations when people are bored and do not know how to entertain themselves. The phrase “make a fuss” means to move, to do something crazy. Vanity is also called fun. Among such people there are “vanity” who organize such events.

“For the better, right?”

The template for this meme is taken from the 2002 movie Star Wars: Attack of the Clones. The heroes of the meme were Padme and Anakin. The moment on which the main characters communicate while sitting on the ground has gone viral on the Internet. Anakin announces his intentions to change the world, but they are not as rosy as the heroine thought. After that, Padmé asked Anakin, “For the best, right?” After this question, Skywalker is pointedly silent.

The meme was first published in April 2021 on Reddit. The author used fictional subtitles that fit perfectly with the original dialogue. The meaning of a meme is a display of hidden motives and intentions of different people.

Dean Norris is an actor who played the role of a police officer in Breaking Bad. The template for the meme was two professional photos of Dean. In the first picture, the actor is smiling broadly, and in the second, he shows a sad face. It was this contrast between emotions that became the reason for the meme. Users on the Internet began to compare various objects, phenomena and situations using photographs.

Dean Norris posted the pictures back in 2014 on his Twitter page. The first meme with them appeared in 2017, but then this format was not popular. It wasn’t until April 2021 that the meme went viral. The first photo with a joyful Dean showed something positive, and the second showed something sad and forced.

What were the funny memes in the world about in 2022? Users around the world mostly laughed at the ridiculous situations that meme heroes got into. Also, people found funny things that at first glance seemed ordinary. They just added funny captions and put on fun music. In the funny memes of 2022, users ridiculed the modern man who is always fussing, trying to keep up with the times and having a hard time believing in something better in the future.

Memes are that side of the Internet that can cheer everyone up. Every year people create funny videos and pictures, catchphrases become popular, and media personalities and ordinary people get into funny situations. All this develops into something more and common among users of the world wide web.

Read Also: What is the 25th Island of Greece Meme