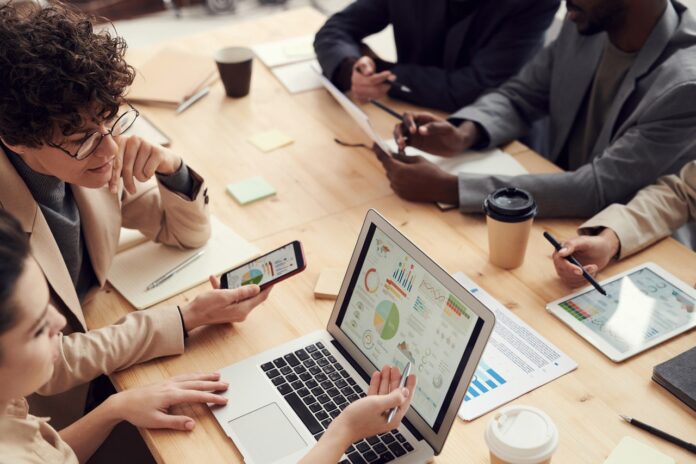 Who gains more from social media use: people who are naturally gregarious and have a large group of friends, or those who are less sociable and try to compensate by expanding their online circle? As the social enhancement hypothesis puts it, extroverts gain more from expanding their social circle in cyberspace than introverts do. On the other side, those who are more reserved in person may feel more comfortable expressing themselves on social media according to the social compensating theory. Evidence for the social enhancement hypothesis predominated in the MANOVA analysis of the survey of 1,392 college students in a western state of India who use Facebook.

People thrive in groups. The quality of our relationships greatly affects how we feel emotionally and how fulfilled we are in life. Maintaining positive relationships with others has been linked to a reduction in stress, anxiety, and depression, increased feelings of self-worth, increased feelings of comfort and joy, a decreased risk of feeling lonely, and even an increased lifespan. However, the opposite is also true: poor social ties can be detrimental to one’s psychological and emotional well-being.

Many people nowadays use social media sites to locate and communicate with others. Social media platforms are useful, but they will never be able to take the place of genuine human interaction. Personal interaction is necessary to release endorphins, which reduce stress and promote feelings of well-being, health, and optimism. Too much time spent on social media, despite its intended purpose of bringing people together, may lead to feelings of loneliness and isolation, as well as the worsening of mental health issues like anxiety and depression.

It’s important to strike a balance between the time you spend online and the negative effects it’s having on your life, such as depression, unhappiness, frustration, and isolation.

HOW HAS SOCIAL MEDIA EMERGED AS A POWERFUL COMMUNICATIONS MEDIUM?

Email marketing and social media are two of the most effective marketing strategies for expanding your audience and developing your brand.

The commercial world, the advertising world, and the educational world have all been engulfed by the rise of social media. It has become an inseparable part of people’s daily lives and has a far-reaching effect on how they interact with one another. As an example, WhatsApp has revolutionized the way people use instant messaging (IM). If you have an internet connection, you can send a text message to anyone in the world. Besides WhatsApp, other social media platforms including Facebook, Twitter, LinkedIn, and Instagram have also contributed to this shift. Constant debate surrounds the role of social media in modern communication.

Besides, you also need to have a screen recorder for windows to let you capture your screen to share with others, create product-related videos, reels, youtube videos, tutorials, lessons, demo, and more.

The internet has made it possible to disseminate knowledge to previously inaccessible communities and groups. The general public now knows more about events in other countries. The speed with which the news of the fire in the Amazon Rainforest spread is a fantastic illustration of the power of social media. From that one first post, it quickly spread throughout all of the major social media networks.

The rise in social media users has resulted in a proliferation of online announcements of movements, ads, and items. Today’s businesses can’t succeed without social media platforms for marketing, networking, and customer service. Using it, businesses may connect with consumers from all around the world. Due to the internet, we now have access to a tool with infinite potential and utility.

Aspects of social media that are beneficial

Even if the psychological advantages of social media connection can’t compare to those of in-person contact, there are numerous ways in which it may help you stay connected and improve your wellness.

The benefits of social media include:

Warning signs that social media is affecting your psyche

There is no universally accepted threshold for how much time you spend on social media, how often you check for updates, or how often you post that signals harmful use. Instead, it has more to do with how you feel about social media and why you use it, as well as the effect that time spent there has on your mood and other parts of your life.

Your social media use may be problematic if, for instance, it leads you to ignore real-life friendships, diverts you from your studies or work, or creates negative emotions like envy, anger, or depression. Similarly, you may want to reevaluate your social media usage if you find yourself driven only by boredom, loneliness, or the desire to broadcast anything that would generate envy or distress in others.

Possible signs that social media use is having a negative impact on your mental health include:

Because of the prevalence of social media, a new type of discussion has emerged, characterized by rapid-fire exchanges and rapid dissemination of information. Because of its pervasive influence, businesses are actively recruiting qualified candidates with social media expertise for key positions. Indeed, the use of social media in business is expanding quickly, creating several job openings. But make sure you go for CA workers compensation, for a better future!

Challenges of Healthcare and Social Media