What is nasalplasty? How is this surgery performed? 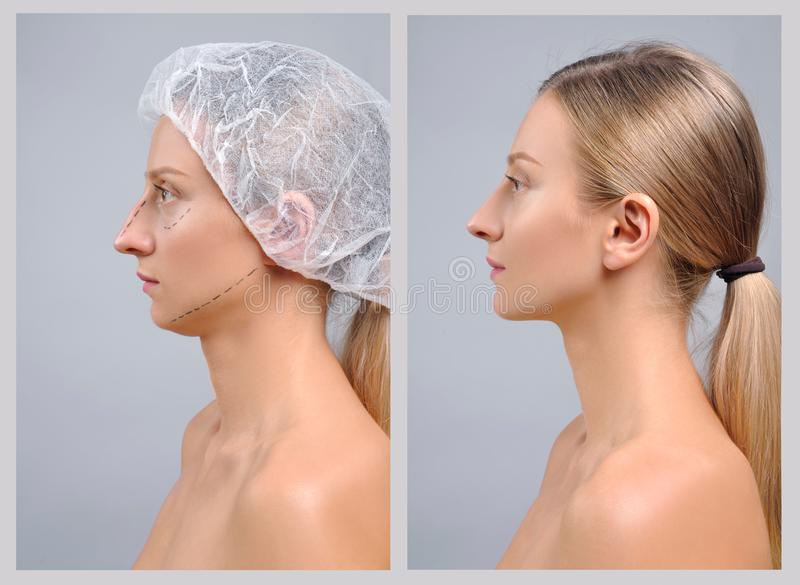 Nasalplasty, rhinoplasty or simply nose surgery is a popular plastic surgery aimed at correcting aesthetic defects and nose correction. Rhinoplasty eliminates congenital or acquired defects of the nose, corrects aesthetic defects such as humpback, too small or too large nose, as well as unsatisfactory size of the nostrils.

Nasalplasty is performed in the traditional – surgical and laser methods. In addition, the operation is divided into open and closed.

Closed nasalplasty or endoprosthetics involves the elimination of aesthetic defects through incisions inside the nose, thanks to this technique, the traces of surgical intervention will not be noticeable.

Open nasalplasty is indicated in case of severe deformities that cannot be corrected with the closed method.

How is the operation going?

Such an operation is performed through small incisions inside the nostrils, which, after healing, will become indistinguishable. The skin is lifted, exposing bone and cartilage tissue. The task of the operation is to excise or, on the contrary, build up bone and cartilage tissues. When building up bone tissue, the implant is borrowed from the patient’s own tissues. If this is not possible, a special implant made of modern materials is used.

Open rhinoplasty is less common and is considered an outdated method, although it is used by some doctors. This type of operation is required for large volumes of intervention (nose reconstruction), it is easier for the doctor to perform, but it is much more difficult for the patient to tolerate and increases the recovery period. Open nasalplasty uses general anesthesia.

Read: How to remove a splinter without pain: 6 reliable ways

The purpose of the operation is to eliminate the deformity of the nose or to completely restore the nose.

There are two types of contraindications to nasalplasty: absolute and relative.

Chronic diseases and pathologies are absolute contraindications. Viral, infectious and inflammatory processes are temporary circumstances and during their course, rhinoplasty of the nose is contraindicated.

Complications and side effects

The patient stays in the clinic, as a rule, for 2-3 days until the general state of health improves. External fixation of tissues is carried out with a plaster splint or a special surgical plaster. So the fabrics are fixed inside and out. It is required to use turundas or cotton swabs, which prevent bleeding and tissue displacement.

The rehabilitation period after rhinoplasty is more difficult than after other plastic surgeries. This is due to swelling of the nose, which is difficult to tolerate due to the need to breathe through the mouth. The bandage is removed on average after a week, and the swelling disappears after 15-20 days.

You can evaluate the result of nasalplasty in a year, and the first results – in six months. Of the contraindications in the recovery period, the doctor will recommend limiting physical activity for a month, avoiding the sun, solarium, baths and saunas.

Smoking is prohibited two weeks after the operation, since nicotine limits the access of oxygen to the vessels and nerves, and therefore prevents tissue healing. To get rid of edema as soon as possible and prevent injury to the operated organ, it is recommended to sleep on your back with a high pillow. It will not be possible to wear glasses yet until the tissues are finally strengthened.

Rehabilitation after rhinoplasty will require the patient not to take drugs that thin the blood or affect clotting. Thus, aspirin and other anticoagulants, as well as hormonal contraceptives, are not recommended until the end of the recovery period.

The price of nasalplasty to correct the shape of your nose

Rhinoplasty is a nose surgery that aims to change the shape of the nose for aesthetic or functional reasons.

When performed for aesthetic reasons, nasalplasty cannot be reimbursed by social security. On the other hand, when this intervention is associated with a septoplasty in order to correct a deviation of the nasal septum, coverage by social security is possible.

The price of a nasalplasty is from 2000€ (2,160$). The cost of the intervention depends on the nature of the latter and the length of hospitalization, according to history.

Read: What is a urinary tract infection (UTI)? How UTIs Are Diagnosed