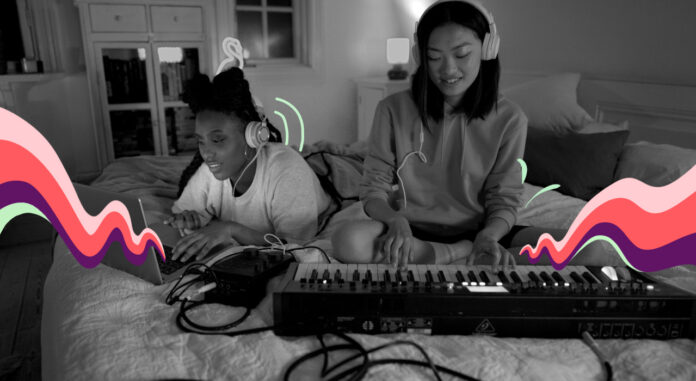 Soundtrap released new tools for music creation and promotion on Spotify. According to the recording platform, artists can enable the beta version of auto-save and live collaboration functions. These tools will allow artists to work simultaneously on the same project from various devices. Besides, Soundtrap unveiled a comments feature alongside these tools.

The firm gave all users access to its comments function. The feature allows artists to leave the information on tracks as they create music. Consequently, the notes will help team members contribute to the music creation. This tool is similar to the comments function for editors on Google Docs.

On 9th August, Bryan Johnson, an executive of Spotify, mentioned these tools during a Music Ally interview. The executive explained that the functions could display real-time modifications on a project between collaborators. Besides, the auto-save function allows artists to maintain the creative flow. The firm displayed its latest tools on 10th August through a video.

Artists from different locations can team up for music creation

Before they start a project or podcast, collaborators will enable Soundtrap’s latest test features. They can work simultaneously from any device, allowing musicians from different locations to team up for music production. Besides, the new auto-save function saves every update on the project, eliminating the need for the manual saving of changes.Soundtrap revealed plans to introduce the stable version of the new test functions in the near future. The firm handled issues such as latency and lags that might interfere with the effectiveness of its newly released collaboration tool. As a result, artists can keep pace with the music beat while working.

Following the release of its latest features, there is likely to be competition between Soundtrap and other DAWs, including Soundation’s Collab Live. The latter launched its synchronized collaboration tool two years earlier.

Other Soundtrap’s features for artists

Spotify acquired the Sweden-based firm, Soundtrap five years ago. The audio recording studio allows artists to mix instruments and music beats. Also, creators can link their songs on the platform. The app allows them to record their songs, edit them, and store music in the cloud-based storage system. The patterns beat-maker, auto-tune function, and automation settings are its features.

The company released tools that helped musicians in their careers, increasing the platform’s user base. The collaborative voice notes and a podcasting tool are examples of their functions. Soundtrap created the former feature for songwriters. The podcast studio, Soundtrap for Storytellers allows creators to create, edit, and publish their work.

The podcast feature offers video chat remote interviews, audio file editing, and transcribing. Also, the company introduced music streaming on Roblox, an online game channel, at the beginning of this year. It offers games and music creation features on Roblox.Chris Messina mentioned Soundtrap’s live collaboration tool the previous month before its launch. Chris also revealed that Spotify would likely add Soundtrap’s functions to the streaming platform’s app. However, Spotify is yet to comment on feature testing that will make the integration possible.

Bryan Johnson explained that Spotify focuses on helping artists produce and publish their music. He disclosed that providing easy-to-use and accessible tools would help artists create songs on the go.

How to pick the best safari in the Dubai Desert!