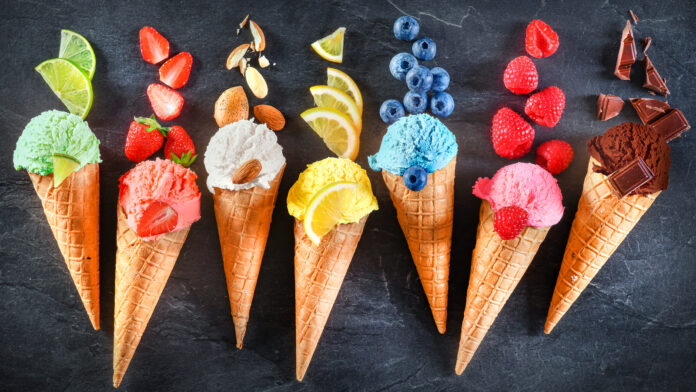 One of the basic rules of enjoying ice cream is that you just get the flavor you want. That’s a simple, foolproof way of making sure that you’ll enjoy yourself. That’s especially true in Baskin Robbins, where the ice cream is simply world-class.

But the main drawback to this approach is that you might then miss out on many other terrific ice cream flavors out there. So, every now and then, you may want to be adventurous and try some new flavor you haven’t tasted yet. That way, you might find a new favorite.

And it’s not as if it’s an expensive experiment, since you’re only paying less than $2 for a cone. And if you really want to make sure you’re getting a fantastic ice cream flavor, then you might want to start your new ice cream adventure with the following flavors:

This is vanilla ice cream flavored with chai, which is a word in India that refers to any type of tea. But here in the US, it’s most often used for a blend of black tea and milk, along with various spices such as cardamom, cloves, and cinnamon. It’s a popular tea during the holiday season, and it sure matches nicely with the snickerdoodles.

Meanwhile, snickerdoodles are basically cinnamon cookies rolled in cinnamon sugar, and its origins go back to 1891. It first came out in bar shapes, but by the 1930s, they were more popular in the more familiar round cookie shape.

This ice cream flavor sure showcases a prominent spicy flavor, with subtle tastes of chai, cinnamon, and even caramel blending together for a terrific fall weather ice cream. But the truth is that it’s fantastic all year round.

This particular ice cream flavor checks all the factors we often look for in a terrific ice cream flavor. You get that definitive sweetness, there are several crunchy textures to enjoy, plus you get that nice swirl of sauce. This one is flavored with brown sugar to make it a bit different, and then you have the cookie dough batter, chocolate chip cookie pieces, and chocolate chips.

Yes, there’s a coffee flavor here that should cater to the tastes of Starbuck’s fans. Actually, it’s not as if Baskins Robbins doesn’t have plenty of other coffee flavors for their ice cream. You have the Oreo N’ Cold Brew, Jamoca, and the Jamoca Almond Fudge as well. But this Caramel Macchiato is truly outstanding.

This Caramel Macchiato is a fave of Starbucks fans since that famous coffee restaurant brand launched their caramel macchiato back in 1996. With this particular ice cream flavor, you get your ice cream coffee with swirled caramel sauce and those sweet crisp chunks of espresso flakes. This will really wake you up!

Even if you’re not really a fan of ice creams that have the same flavor as birthday cake or cake batter, but this ice cream flavor might make you reconsider. This Ice Cream Cake might make you feel like every day is your birthday if you get this.

This starts with cake batter ice cream, in which you then find large chunks of frosting flecks, candy confetti ribbon, and pieces of yellow cake. Those frosting flakes really make a difference here, as opposed to the standard sprinkles. The frosting flakes contain cream and butter you don’t find in regular sprinkles, and those dairy products really make you think about the frosting on a cake. You really have to try this, as it makes any day like your birthday.

Pralines are the famous candy of New Orleans, and it’s been a staple in the area since the 1600s. They started out as almonds covered in sugar, but eventually pecans replaced the almonds, and then milk and cream were added.

Other brands today may offer a pralines-flavored ice cream, but Baskin-Robbins was the first brand to introduce this particular flavor. According to legend, Irv Robbins and his wife Irma vacationed in New Orleans, and they enjoyed pralines during their stay.

When they cam back home, they then tried to add yummy pralines to some vanilla ice cream and caramel. The result was delicious, and it’s been one of the bestsellers in Baskin-Robbins ever since. It features vanilla ice cream with a caramel swirl and pecans coated in pralines, and it’s simply fantastic.