HomeFashionFashionWhat Are The Various Ways To Use Throws On The Sofa?
Fashion

What Are The Various Ways To Use Throws On The Sofa? 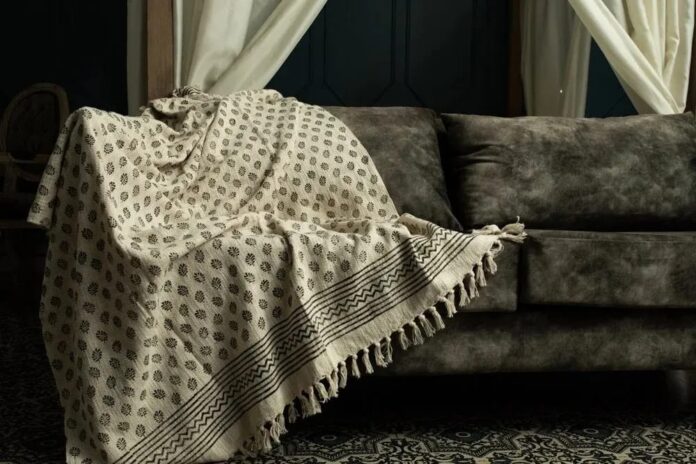 As the name explains, throw is just to throw on the sofa but in reality, it is not the way to display throwing on the sofa. If you will just throw your sofa cotton throw on your couch then it will always look like you have just woken up from a nap. You can find the intentionally stylish look to style throws on your couch.

This is the way that is the simplest and easiest for a tidy, yet casual look on your sofa. It is a great styling method because it’s simple and also permits easy access to the throw for stylish use. It is a method to use throw on the sofa especially if the arm of the sofa faces the entrance to the room!

To make this style, simply fold the cotton throw half lengthwise and then in half again. Then fold it in half widthwise too. After folding, drape your throw over the arm of the couch with the decorative edge down the side of the sofa if it has one pretty side. Do not drape it to extend below the bottom of your couch.

For this look, simply fold over your cotton throw for sofa into thirds lengthwise. Folding this way, the throw sides have clean and folded edges. After that, simply drape it over the back, down the front of the back cushion, and down onto the sofa seat. You can also throw a pillow placed in the front for a different look. In case your couch has legs, your sofa throw can enlarge down the front of the cushion. Moreover, if your couch has a skirt or is low to the ground, it’s better to stop the throw on the seat.

Back And Beyond The Sofa

Sometimes, your couch back can face the entrance of your room. Or while some sofas look interesting from behind, then this method of draping cotton sofa throw seems to be fantastic. For giving this look, fold your throw in half widthwise and place it on the center of the sofa seat. In case your throw has an attractive and enchanting edge, the beautification should be down the back and the fold behind the cushions at the top.

Allow your throw to hang down the sofa back almost to the bottom. This method is different from others just with an additional length down the back.

The Pleasant And Welcoming Corner

You can try the cozy corner way of styling for an organic and flowing look. You can also make your throw peek out from beneath the throw pillows, extending onto the sofa seat. For this way, fold your throw in half lengthwise, drape it over the back and then extend it down the seat of your couch. As it flows from the back to the front, you can open up the fold a bit and can make different folds to create a casual look.

Furthermore, you can also make your sofa cornet a little bit tidy in terms of placement to look nicer. To make this style, fold the throw into thirds lengthwise. Start draping it at the back of the sofa and down onto the cushion, keeping it folded down.

Storage Space Near The Sofa

Sometimes, a cotton sofa throw can just sit off to the side in an open basket or any other storage option for later use. You can place it in a basket to peek out the top so you can just grab it and snuggle up on need. If you have several throws and wish for a planned look, try folding and stacking the throws, or even rolling them and standing them up tall.

It is an effortless look to style throw that is to simply fold it decently and leave it on the seat of the sofa. This is the best styling way for thinner throws so that when folded, it doesn’t take much space on the seat and looks too tall.

For this look, fold the cotton throw lengthwise into three parts. Then fold widthwise in one half. After this, make a short fold that will not be quite a half, leave it a bit long so that it drapes down the front of your sofa seat. Do not stand it in the middle of your sofa seat to give an awkward look. You can make your cotton throw for sofa touching its arm or pillows. In this way, make it a part of a vignette and not a separate element in your room.

On the whole, there are numerous ways to put a throw on your sofa. You can pick and choose any one method according to your room, requirement and way of styling your sofa in front of visitors.

What are the benefits of Custom Workwear? A Workwear Guide!

The most effective method to Choose the Perfect Hand Bag for women.