HomeHealthThe Madness of Unnecessary Hysterectomy has to Stop
Health

The Madness of Unnecessary Hysterectomy has to Stop 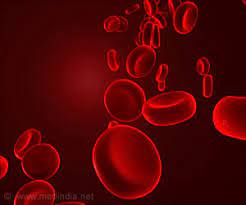 Hysterectomy refers to the surgical removal of the uterus (womb). You will not be able to become pregnant after the surgery. In case you have not undergone menopause already, you will not have periods anymore, irrespective of your age. Though many women undergo a hysterectomy, it is more common in women aged forty to fifty.

Do you need to undergo hysterectomy?

Just as symptoms of blood cancer in females are noticed before starting the treatment, it’s important to understand whether you need the procedure. It is a procedure that is done for the treatment of health problems related to the female reproductive system, such as:

Hysterectomy is a major surgery that has a long recovery time. It should only be tried after all other less invasive procedures have failed.

The harmful effects of unnecessary hysterectomy

Many women have started believing that a hysterectomy is benign simply because it has become so common. However, the surgery can be damaging in several ways. The combined efforts of ovaries and uterus are aimed at ensuring a woman’s good health her entire life. The ligaments of the uterus are crucial for skeletal integrity and pelvic organs.

The uterus helps in separating the bowel and bladder and acts as the anchor keeping the organs where they need to. After the removal of the uterus, the vagina gets displaced and the bowel and the bladder drop. Thus, incontinence, prolapse, and bowel and bladder dysfunction are common after hysterectomy. Many women have even gone on to need pelvic organ fistula surgery.

The ligaments of the uterus and the support structures of the pelvis so the torso tends to collapse as the ligaments are cut for uterus removal. The rib cage and spine fall and the hips widen. It explains why after hysterectomy, women have thicker midsections and zero curves in the lower back. It causes hip and back troubles in the future, chronic pain, circulation issues, and reduced mobility. You should consider this factor if you are planning to go for a hysterectomy.

Women have also been reported to experience reduced sexual sensation and libido because of the severing of blood vessels and nerves and other mechanisms during a hysterectomy. A common complaint is that a woman’s personality changes.

A hysterectomy comes with a host of additional risks. It increases the risk of brain, renal cell, thyroid, and rectal cancer, along with heart problems. Many studies have claimed that the risk of heart diseases increases three-fold. Other studies have focused on the age-wise risk of hysterectomy. It was noted that women undergoing hysterectomy over 35 years have at least a fourfold greater risk of congestive heart failure and twofold risk of getting coronary artery disease.

Whether it’s hysterectomy or symptoms of blood cancer in females, you should only agree to a medical procedure after you know all about it. So, talk to your doctor regarding the matter today.