The Evolution of Number Plates 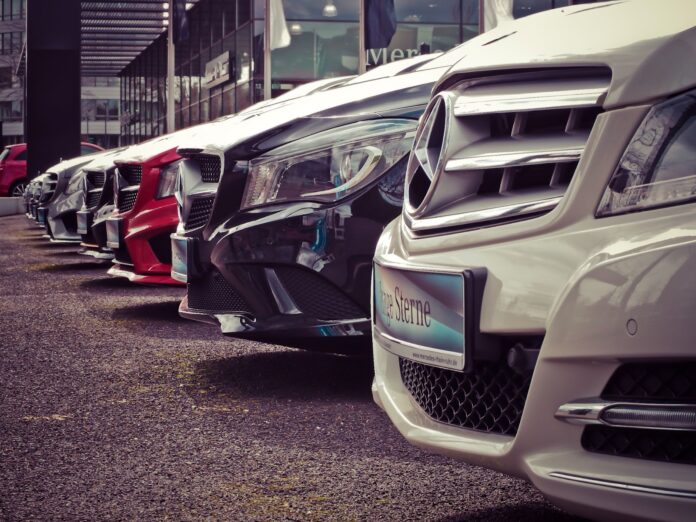 Number plates came into practice under the Motor Car Act in 1903, as this is when the number of vehicles was increasing, as was the number of accidents on the road. It was paramount that there needed to be a way of being able to identify cars, so from the 1st January 1904, it became compulsory for every vehicle to be registered with a number plate. Number plates consisted of a one or two-letter code, followed by a number between 1 and 9999.

The first ever registration plate to be issued was the A1 plate, and this was registered to an individual called Earl Russell. Little did he know at the time, but he was the first person to have the idea of a personalised or cherished plate on a vehicle – as cherished plates in today’s industry are described as dateless registrations issued before 1963, making them the most sought-after.

As there is an ever-growing demand for vehicle registrations, and with the latest government statistics showing that there are over 30 million people who currently possess a full driving license, it’s no surprise the registration system has had to change on multiple occasions.

In total, there have been four registration systems in the UK, and we’re going to be having a look at each.

The dateless registration system lasted for 60 years, and they refer to registrations that do not identify the year of issue. These plates are ageless and can be applied to any vehicle regardless of its registration date, but they can be the most expensive as they have become incredibly popular over recent years.

The registration was made up of a local council identifier code which consisted of up to 3 letters followed by a random number. For example, this would be ABC 123. However, in the early 1950s, as number starts to run out, the format was reversed, so there would be new combinations and more number plates to give out to drivers.

Suffix plates were introduced as local councils were running out of registrations. The suffix system compromises of letters to identify the area code, three random numbers and an age identifier in the form of a letter. For example, it looks something like this, ABC 123D.

They are still a popular registration for vehicle owners today as it allows for flexible personalisation and customisation. This is because the reg places the three letters first, so for short names, in particular, it makes it easier to customise. Names such as ‘BEN’, ‘TOM’, ‘VAL’ and ‘LEO’ are just some examples.

The prefix plate system was introduced in 1983, yet again to combat the lack of registrations needed for drivers across the country. The main change made to the prefix system was the letter indicating the year as this was moved to the beginning of the reg – ultimately doubling the lifespan of the system as many more formats were able to be produced and used. For example, a prefix plate format would be DABC 123.

A small number of letters, including I, O, U and Z, were not issued, and Q was only used where the age of the vehicle could not be identified.

This system lasted for 18 years, and a large selection of these registrations was on hold to be released later, or for personalised registrations.

The current style plates have been around for 21 years to date, and the format includes a local memory tag, an age identifier and three random letters. For example, a current reg would be something like RO55 ENX.

The current style system was introduced as evidence collected by the police suggested that witnesses were able to remember the letters of a registration more easily than numbers. This is especially important in road traffic and collision accidents.

The current style system has proved to be far more future-proof than previous systems, as it has the capability to cater to up to 12.6 million new registrations every year.

Black and silver number plates have become incredibly rare, so when you pass one on the street or when you’re on the road, it does look quite impressive! However, only vehicles registered before the 1st of January 1980 are allowed to display black and silver number plates. In addition, the vehicle owner must have applied to the DVLA and be registered with the ‘historic vehicles’ tax class.

All vehicles constructed after 1st January 1980 are not able to display the traditional black and silver plate, and if you do so, this will be a legal offence, and you could face fines for not complying with DVLA rules and regulations. Black and silver plates are the most sought after, especially by traditional and classic owners who seek to reinforce the classic look and feel of their vehicles.

With the current style format, front number plates on vehicles feature a white background with black font, whereas on the rear of the vehicle, it consists of a yellow background and a black font.

The main reason for the colours of the number plate (both front & back) is to make it much clearer and easier to see for other motorists on the road. It’s crucial that number plates are easy to read, especially when accidents occur or when we experience bad weather on the road. Additionally, the white plate at the front and the yellow plate at the rear of the vehicle provide a quick way to tell if you’re looking at the front or rear of the vehicle!

There are specific rules and regulations regarding the displaying of number plates, and if you’re in breach of these, you can face charges and fines. You can view a full list of the rules here to ensure that you and your vehicle comply with the rules put in place.

This article is provided by Click 4 Reg – a trusted and reputable DVLA registered supplier of number plates. With over 60 million registrations available online to personalise, they make it much easier to find and buy your dream reg.