HomeBusiness What Are Blockchain and Its uses in cryptocurrency?
Business

 What Are Blockchain and Its uses in cryptocurrency? 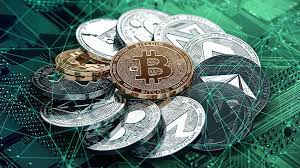 Despite everything you’ve probably heard lately about Bitcoin, Ethereum, and other cryptocurrencies, many financial experts claim that you should really be paying attention to the technology that underpins them.

Blockchain, the underlying technology for the majority of cryptocurrencies, is “a transformative technology,” according to Lule Demmissie, president of Ally Invest. And one of those transformations just so happens to be the cryptocurrency industry.

Beyond the influence of cryptocurrency on our financial portfolios, some people think blockchain technology has the potential to alter almost every aspect of our lives. It is a “revolution,” according to Dr. Richard Smith, executive director of the Foundation for the Study of Cycles, a nonprofit organization devoted to researching cyclical patterns present in all societies and economies.

Blockchain technology has value, even to crypto skeptics. Because there are many skeptics moving around cryptocurrency trading and many users feel insecure about it now according to Chris Chen, CFP of Insight Financial Strategists in Newton, Massachusetts, blockchain is a true gem. Compared to well-known cryptocurrencies like Bitcoin, which he calls a “flash in the pan,” he thinks blockchain is likely to last much longer. Blockchain is a better way to keep alerting us from scams and how can we secure our business

All of that is wonderful, but what does it actually mean? What you should know about blockchain technology and what a blockchain revolution might entail are provided below.

Blockchain: What Is It?

Consider a blockchain as a cutting-edge, digital method of keeping records.

Blockchain is the latest popular technology that powers many cryptocurrencies, including Bitcoin and Ethereum, but it also has uses outside of cryptocurrencies due to its useful distinctive method of securely keep storing and transferring data.

A distributed ledger is a particular kind of blockchain. Multiple computers, referred to as “nodes,” can keep records simultaneously thanks to distributed ledger technology (DLT). A node can be any user of the blockchain, but it requires a lot of computing power to run. Nodes store data in the ledger and verify, approve, and store it.

This is distinct from conventional record-keeping techniques, which keep data in a single location, like a computer server.

A blockchain divides newly added data into blocks or collections of data. A chain of new blocks is continuously added to the ledger because each block can only store a finite amount of data.

A cryptographic “hash” serves as each block’s individual and distinct identifier. The hash safeguards the block’s position in the chain by identifying the block that came before it, as well as the data contained in the block from anyone without the necessary code. According to, a partner in PwC’s Financial Services Advisory Practice, the cryptographic hash is “a set of numbers and letters that can be up to 64 digits long.” That is the special code that enables the puzzle pieces to interlock.

Information that has been added to the blockchain and hashed is permanent and cannot be changed. Every node has a copy of the complete history of data stored on the blockchain going all the way back to its inception. The data stored by other nodes wouldn’t be changed if someon tampered with or breached one computer and changed the data for their own benefit. Since it differs from the majority, the altered record can be quickly noticed and also corrected as to its need.

As the system works, it’s almost impossible for

anybody to replicate the computing power that happens on the back end to reverse engineer it, and somehow figure out what all those hashes are,”

Here’s an example of how blockchain is used to verify and record Bitcoin transactions.