HomeHealthWhy is Smoking Shisha a Recreational Activity? What's the Reason for its...
Health

Why is Smoking Shisha a Recreational Activity? What’s the Reason for its Popularity? 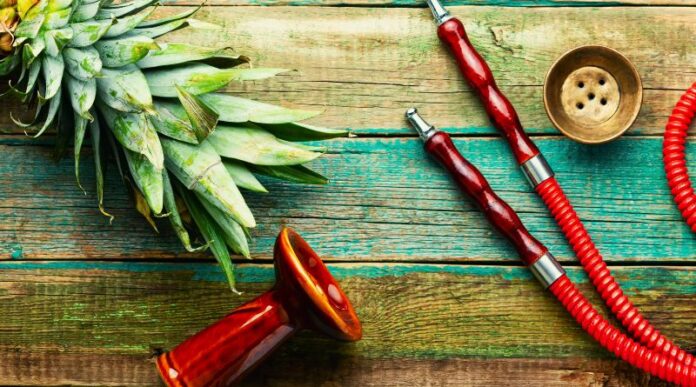 Recreational smoking is excellent for relaxation, and it is fun to smoke with your buddies on the weekend. Shisha or hookah is the Middle Eastern glass apparatus with a pipe to smoke. Though its origin is in Egypt, Shisha has spread worldwide, and it is very likely there is at least one shisha shop near your home. You can find hookahs in restaurants, speciality cafes, and similar places.

The use of hookah has spread to Europe, Asia, Australia and several other countries, and it’s not just the bandwagon effect; people use it for different reasons. The article will list why people prefer smoking shisha in restaurants over cigarettes.

The best alternative to cigarettes

If you check the history, you’ll see the popularity of Shisha in the Middle East, and that’s one more reason people in Arab countries prefer Shisha over cigarettes. People trying to get rid of high nicotine doses are keener on trying Shisha, and once they try Shisha, the addiction to cigarettes can be easily reduced. That’s because Shisha contains a small amount of nicotine that is not harmful to your body but helps switch from cigarettes.

The history of hookah goes back to 16th century India during the initial stages of manufacturing glass items. And this is when smoking became popular amongst the wealthy/noblemen of the British East India Company. The idea was to purify smoke through water in the glass instrument.

The 17th century saw a gain in the popularity of hookah in Persian culture, where strong leaf tobacco (Ajami) was used. Most of the development of glass shisha happened during this period, and artisans made the glass instrument look fantastic with their skills. Though the first hookah was invented in the Indian subcontinent, hookah is widely known as a Middle Eastern invention.

In the 18th century, the popularity of hookah spread to Turkey, and innovative ways of smoking (and flavours) were invented. By the 19th century, the name shisha became known in the Middle East. And today, the entire world knows about Shisha, and many love it. The popularity is so much that, in some cities, you will find a shisha shop on every corner.

Shisha is more prominent in cities because it is way less harmful than cigarettes, and those who stand nearby will not be affected by the smoke—another reason why it has become a recreational activity.

The small amount of nicotine will help you relax and feel light. After a smoking session, your mind will be at ease, and people smoke Shisha after the meal while having a conversation. The upside of smoking shisha is that it has fewer chemicals and toxins than cigarettes. Sometimes, you could see friends and families sitting together and smoking, which is why it is the best recreational activity.

If you are wondering how people smoke Shisha, it’s really simple. The equipment/shisha is put on the centre of the table or floor, and everyone sits around, forming a circle. And each one will take a puff and pass it to the next person.

If you didn’t know, hookah is made of juices and essence; when you smoke it, there’s no foul smell like smoke from cigarettes. This is one more reason for the increasing popularity of this smoking technique.

These are the reasons why smoking shisha is becoming common on Friday nights and in weekend recreational activities.