HomeHealthWho View Health As Static and Those Who Don't
Health

Who View Health As Static and Those Who Don’t 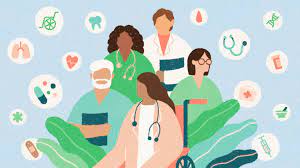 I believe Americans need a new way of thinking about health. Look where our current perspectives on the subject have gotten us – we are last among the world’s 17 most industrialized nations in all the key indicators of health. It’s hard to believe but true: we’re last in life expectancy; we have the highest rates of obesity, infant mortality, low birth weights, heart disease, diabetes, chronic lung disease, homicide rates, teen pregnancy, and sexually transmitted diseases. https://thehealthcarey.com/

The lead author of the Institute of Medicine, an NIH-sponsored study that revealed this situation remarked that “Americans get sicker, die sooner, and sustain more injuries than people in all other high-income countries.” (That’s a quote from the report.) Then he added this coup de grace: “We were stunned by the propensity of findings all on the negative side – the scope of the disadvantage covers all ages, from babies to seniors, both sexes, all classes of society. If we fail to act, life spans will continue to shorten and children will face greater rates of illness than those in other nations.”

Two Ways to Think of Health

I believe Americans are overly passive about their health. Good health can only be attained and maintained by conscious deeds. These deeds require planning and disciple. Examples include exercising regularly and vigorously, dining in ways that nourish the body without causing problems, and otherwise behaving in positive, active ways.

The level of health you will enjoy is clearly affected by your lifestyle choices. Your health status depends to a great extent on whether you invest in your well-being or not. If you make little or no such investments, your health will depend on chance, genetics, the aging process, and the timeliness of the quality of medical care you receive.

If, on the other hand, you do invest, if you seek, protect and defend an advanced state of well being, the nature of the health status you will have will be dramatically different – and better.

Therefore, we need to distinguish these two kinds of health situations – one passive, and one active.

The Institute of Health reports that places America last reflects that segment of America that is passive. If the quite small segment of the American population that practices active health were separated, if their health data were compiled and compared, I’m sure we would be #1.

For these and related reasons, I propose we view health in two different ways – by making a distinction between static health – which is how most view and approach their health, and earned health. The latter is what you get when you invest wisely in your own well-being.

It’s a way of life I call REAL wellness.

The WHO definition of health is unrealistic (nobody, not even the most devout website, enjoys “complete physical, mental and social well-being,” at least not every day). Most think of health in far less exalted ways. Most think they are well if they are not sick. This is pathetic. It equates with not needing immediate medical attention. For the vast majority, this is a “good enough” view of health. Thinking that way is a self-fulfilling prophecy. It means that not being healthy is the best you can hope for. This is the static definition of health and it must be reformed and at least accompanied by another, comparison perspective for those Americans willing to do their part. That would be earned health.

I think we need ideas about health that remind people of a key fact, namely, that a passive situation is not as effective, desirable, protective, or rewarding as a dynamic earned the state of health. We should all be aware that static health, the default setting you to get for just existing and doing nothing special to enhance health, can and must be reinforced and boosted.

Employing a term like earned health might remind people that health can be much more than non-illness. The term earned health can signal the availability of a richer level of well-being. It can remind everyone that health at its best is more than a static condition. Health is a dynamic state; it gets better with effort, worse if ignored.

Earned health represents a higher health standard. Earned health is more ambitious and more consistent with a REAL wellness mindset and lifestyle than the current norm of health as non-sickness.

This continuum is another way of expressing Dr. John Travis’ original, simple line drawing model of health along a continuum, with “premature death” on the far left side of his continuum) and an ever-changing dynamic of “high-level wellness” at the other, right side extreme. The “0” in the middle represents a neutral point, which could be simple non-sickness.