HomeAutomotiveWhat are Vehicle Registration Plates and their Types?
Automotive

What are Vehicle Registration Plates and their Types? 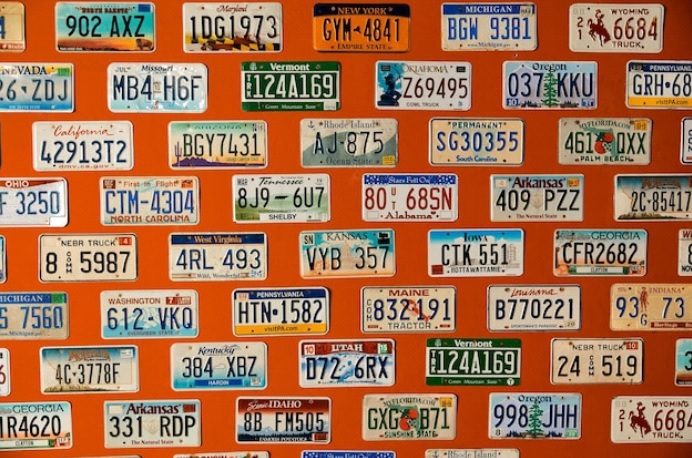 According to motor law, every vehicle needs to be registered and assigned a registration plate with a unique alphanumeric identifier. The act was introduced to make it easier to track vehicles if the owner of the vehicle performed a criminal act during use of the vehicle. Registrations are issued to vehicles by the Driving and Vehicle Licensing Agency (DVLA).

If someone tries to break the law by not displaying a license plate or by trying to display a false registration they will be prosecuted for breaking the law. This system helps the police and traffic departments trace anyone who has broken or is breaking traffic law or that is involved in criminal activities. There are strict rules and regulations that need to be complied with that have to be considered when using a license plate. When customising a number plate you must follow the rules to avoid any charges being brought against you.

In India there are several types of plates:

These are the most commonly used number plates assigned to non-commercial or private registration vehicles. Vehicles bearing these number plates can be used in commercial sectors such as; goods transportation, ferrying passenger services etc.

These number plates are for vehicles that are self-driven or rental registered vehicles. These plates are popular in hotel and luxury transportation. These vehicles are categorised as commercial vehicles, and here the driver need not have his commercial permit.

This identifies the vehicle as an embassy registered vehicle and these vehicles are used by foreign diplomats.

Private registrations by DVLA in the UK

There are 5 types of private registrations according to the DVLA.

They are as follows:-

These are the best-selling private plates and are most commonly found on vehicles in the UK. Their format is as simple as you can imagine with one prefix letter and then a number or numbers followed by three letters. The last three letters are most commonly the driver’s initials or name. These plates have the year identifier at the start of the sequence of letters and numbers.

These number plates were introduced by the DVLA in 2001 in response to the depletion of prefix combinations. These current style number plates contain the year identifier for the vehicle using numbers rather than letters. Another aspect of the format can be seen in the use of regional identifiers through the use of the first two letters. It makes it easy to identify the regional origin of the vehicle.

The suffix number plate is a type of private registration that has the year identifier letter at the end of the registration. It was first introduced in response to the depletion of dateless registrations that had to be discontinued in 1983.

These are dateless number plates with no year identifier. They are generally high value number plates and the term cherished number plate is used because they are the original format of registration with a cherished history.

These plates are the most cost effective way to hide the age of your vehicle as they are dateless and there is a healthy supply of these numbers from Northern Ireland. They have regional identifiers within the letter combinations but no year identifier. As an example of the format; in the registration XYZ 3000, YZ identifies the city of origin and X provides the position within the series.

There are many types of vehicle registration plates across the world with rules and regulations determining how these are to be displayed and how different colour combinations provide information about the vehicle. There are also many private registration types issued by the DVLA in the UK, and these are dateless, prefix, suffix, new style and Irish plates with a common theme being that you can determine the origin and age of the vehicle unless the vehicle has a dateless or Irish number plate assigned to it.