What are the application scenarios of solar generators 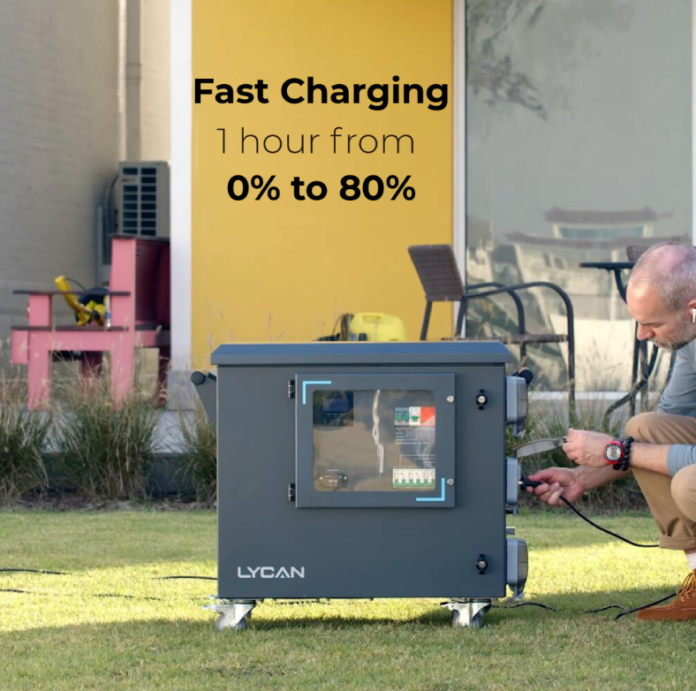 What is a solar generator?

The easiest way to think of a solar generator is just like a standard gasoline generator you use at a campsite, but instead of generating electricity from gasoline, they convert the sun’s rays into usable electricity. It is, so to speak, a portable solar power plant with energy storage.

A portable solar generator offers a clean, quiet, maintenance-free alternative to your standard gas generator that requires you to buy fuel, do routine oil changes, worry about noise, and more.

You might be thinking, then what’s the catch, why the heck would anyone still buy a gas generator when you can get a solar powered generator set instead?

That’s a valid question, but there are a number of things to consider when trying to figure out which solar generator makes the most sense in which situation.

There are also some pros and cons to consider as well as a number of different factors to consider when shopping for the best solar power station generator for your needs. For example, most foldable solar panels need good exposure to the sun to really generate a lot of electricity

Should we really call it a solar generator?

There are many opinions about the word “solar generator”. You’ve probably seen people arguing on YouTube and Facebook comments about whether or not it should even be called a solar generator. Often the logic goes along the lines of “they don’t even generate anything, so how can you call them a solar generator?”. Which is fair enough, but does it beg the question, does an inflator actually produce anything?

Both turn another source of “fuel” into usable energy, which we have come to know as a generator. For the sake of simplicity, we have therefore decided to use the term solar generator. Other designations are:

The only major difference between fuel generators and solar generators is the fact that a solar generator requires solar panels to capture solar energy (fuel), while gas generators require some type of fossil fuel to generate the electricity.

Quick overview of the development of solar generators:

Solar generators have been around for years, starting in the early 2000s with Goal Zero and more and more portable power plants hitting the market.

The most well-known solar generators include the Lycan 5000 Power Box from Renogy, the Ac200P from Bluetti and the EcoFlow Delta from EcoFlow.

The market for solar generators has evolved tremendously in the last 10 years, which is probably why you are considering one more and more often. Just a few years ago, solar generators weren’t nearly as powerful and cost twice as much. We believe that over time they will only get better performing and cheaper.

What are solar generators typically used for?

Electricity is such an important part of everyday life that we often take it for granted. Unfortunately, it’s only when it’s not available that we realize how much modern society relies on electricity.

Before we dive in, it’s important to understand that a solar powered generator is very similar to a gas powered one, except that it burns solar energy instead of gas. Below we will outline some of the most common applications for solar generators.

When your home loses access to electricity from the utility company, it can be extremely distressing. For your safety and well-being, you want to have a solar backup generator that can power your refrigerator, fan, medical equipment (CPAP machines), phones, and more. In certain areas, power outages can last for hours, days, and weeks with no real indication of when operations will resume.

As a backup power source, solar generators are particularly useful in areas affected by power outages:

In critical conditions, it can be unsafe to travel and stay with loved ones. For homes in areas of potential blackout, it is important to have life support resources available in your home. With a backup solar generator kit, you can power your devices and communications with a completely free source of energy. As long as the sun shines, you can use the solar energy and use it wherever it is needed.

In 2019, California utility Pacific Gas and Electric cut power to 179,000 customers amid a new threat of wildfires. Despite being a safety precaution, the company received extreme backlash for unplugging thousands of families during a critical and dangerous situation. Rightly so, because households at risk of wildfires need electricity more than ever to run cell phones, refrigerators, freezers, fans and medical equipment.

Unfortunately, this could be a growing trend as pre-emptive grid blackouts have been reported in recent years and more California electric utilities are threatening to do so. The worst part about this new practice is that there is no definitive timeline for how long the outages will last. With no way to opt out, the utility is in complete control of your power. When the food in the fridge goes bad and your cellphone battery starts to drain, it’s crucial to have access to a backup power source.

The best way to set up and use a self-contained electrical power station is with a solar powered generator kit. Even in smoky conditions, a solar generator can charge and continuously power vital devices such as cell phones, small electrical appliances, CPAP machines, refrigerators, lights, and more.

Of course, you don’t have to be doomsday prepared to make exceptional use of a solar generator. For outdoor enthusiasts and sports fans, having a little extra energy is always a good idea.

Solar powered generators are most commonly used in leisure time:

For all these cases, a portable power generator can keep the fun alive by powering mini fridges, electric coolers, speakers, phones and more. In sunny conditions, solar power generators can be used to provide an essentially unlimited amount of power during festivals or long wilderness trips.

Of course, if you enjoy overlanding and the outdoors as much as some people do, you might be inclined to get out and explore the world full-time. For those who live in an RV, van, or skoolie, a solar generator is one of the easiest ways to create a simple, reliable power source.

Although there are some road warriors out there in an old van or ambulance, solar power generators are extremely popular in:

Boats (on the sea or on the lake)

As glamorous as it may seem on social media, life on the streets can be tough. So if you’re not an electrical engineer, off grid solar kit is a quick way to set up an off-grid power system. Not only does this eliminate your fears of the often intimidating process of setting up a portable solar system, but a solar generator is extremely easy to use on a daily basis.

With a variety of plugs and connectors available, solar power generators are great for:

When a power outage occurs, it becomes more dangerous than ever to need professional service. Fortunately, many hospitals in North America have adequate backup power sources, but what about smaller practices or those in remote areas?

In fact, besides emergency power supply, there are many practical and professional applications for solar generators that people use every day. This includes:

In California, the PG&E blackouts have left many life-saving professions dependent on alternative, affordable energy sources to keep working. Solar generators are easily transported and do not emit harmful toxins that would prevent indoor use. For this reason, they are ideal for safely supplying power to medical devices, computers and construction machinery in areas where power supply is temporarily or permanently unavailable.

If you depend on an electrical medical device for sleeping, breathing, or other purposes, the thought of a power outage can be extremely distressing. Until recently, the main option for this type of situation was to go to a friend or family member’s place, or to run an inflator outside.

Solar generators are fast becoming the most popular options for people powering a cpap machine, running their oxygen concentrator, and more. Whether you want to run your Cpap machine during a power outage or on a weekend camping trip, you can place your solar generator right next to your bed and enjoy a good night’s sleep.

3 Key Benefits Of Solar Panel Subsidies For Your Home