What are important things to Consider While migrating AngularJS Application to Angular? 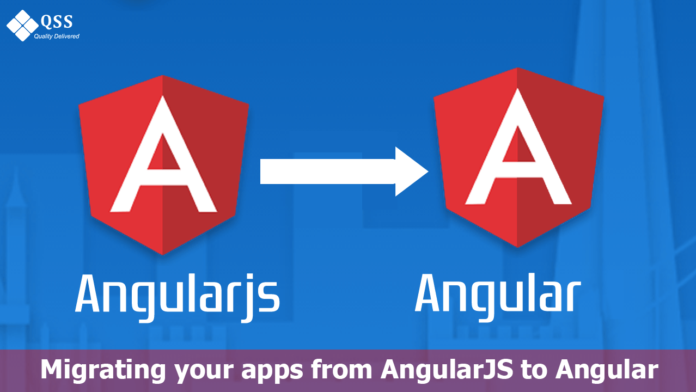 Migrating AngularJS to Angular is becoming an important concern due to the upcoming end of support for AngularJS in 2021. Enterprises are concerned about the impending lack of upgrades and the shift towards Angular migration.

Although Google’s decision to end support for AngularJS is not the only reason for the company to switch to the new framework. What are the main reasons for migration? Does your company need to get on board? What benefits will migration bring?

We have answered all this in this blog post.

What are AngularJS and Angular?

AngularJS is a JavaScript framework created in 2009 and launched in 2012 by Google. It was developed by a Google employee in an effort to shorten the development process and simplify testing.

Thanks to the newly developed framework, a long, complex code of 17,000 lines were rewritten to 1,500 lines in just three weeks. This impressive result inspired Google executives and a new framework called AngularJS was made available.

But, the requirements kept growing and the kernel developers improved everything that could be improved and hit a wall.

A new framework had to be created to meet the new application development requirements. Now the biggest challenge is how to do the migration in the fastest and most efficient way.

That led to the creation of Angular.

Due to this, more and more enterprises and companies are hiring angular developers to maintain their technological edge in their niche.

Benefits of migrating to Angular from AngularJS

What are the main differences between AngularJS and Angular? Why is migration relevant and how will it affect your team and the application itself?

AngularJS is much less reusable than its new version. Angular provides reuse of elements thanks to its component-based architecture while allowing for high testability and ease of maintenance.

Although AngularJS is flexible, Angular is more structured, which goes back to its component-based architecture. This makes it more manageable and allows you to build large-scale applications.

This is one of the many reasons for the widespread adoption of Angular by top websites.

As mentioned earlier, Google will stop technical support and upgrades for AngularJS by 2021, which is a big concern for businesses.

This means that the migration of AngularJS to Angular is inevitable; however, the sooner your business makes this change, the easier and more cost-effective it will be.

Technology updates are vital for your application as they ensure maximum stability for the progress of the project. The Angular team has decided to launch upgrades every six months, which guarantees the latest versions and maximum support.

Business benefits of migrating from AngularJS to Angular

Let’s dive deeper into the main benefits of this shift for business functions. If you are in a hurry, take a look at the table below.

AngularJS was developed back in 2009 and does not support mobile devices. On the other hand, Angular allows you to create lightweight apps for mobile devices and browsers.

Thanks to its component-based structure, Angular allows for so-called lazy scripting, which uses specific modules only when needed, as well as better organization, which provides faster page loading and higher performance.

Angular has an architecture that is based on components or services, in other words — modules. These modules allow the organization of application functionality by dividing it into reusable chunks of data.

Each piece is responsible for a single function and remains independent of its system and API. All of the above makes for easier maintenance where developers can replace one component with another without having to rewrite the entire code.

Avoid errors in your code

Unlike AngularJS which is based on JavaScript, Angular uses TypeScript which has a type checking feature. This means that developers can avoid compilation errors because errors are easy to detect.

Your business will reduce its bills for third-party tools like WebStorm or Brackets because Angular comes with an official command-line interface (CLI). Angular offers a CLI that is optimized for its purpose; however, external tools such as IDEs and UI kits are also available.

High performance derives from the module-based architecture of the Angular framework. By partitioning parts of the data, developers can work on different parts of the code independently without facing the risk of creating unmaintainable code.

For example, you can remove comments and whitespace as well as get rid of dead code with Uglify, provide pooling together with tree-shuffling with Rollup, and use ngx-quicklink as a preloading strategy to download lazy-loaded modules.

AngularJS is a dying framework, so if you want to continue to innovate and bring new features to your users, you should migrate from AngularJS to Angular as soon as possible.

So why now? What problems have you faced recently and need to be addressed? For example, developing new features is increasingly boring. Or maybe your code has become unpredictable and inconsistent.

Who will do the migration?

How big is your company and how complex are your applications? Will you require guidance from consultants, and more importantly, can you afford them? Will you outsource this task or will your team handle the transition?

If your team is capable of this, how many developers will work on the migration?

What approaches you can choose

There are multiple paths you can follow. Below we have explained three of them.

This approach is self-explanatory – your team will rewrite all the code. Especially for outdated applications, also known as legacy applications, rewriting may be an adequate solution. Starting from scratch, you can redesign and rethink your app and implement new features on the go.

The downside is obvious – rewriting the entire application won’t happen overnight, meaning your team will have to work on both applications at the same time.

‘ngUpgrade’ – a library offered by Angular – allows you to run both frameworks simultaneously. This technology allows for a slow and smooth transition that can take years or be relatively quick, depending on your goals and priorities.

Your development team will choose one path at a time and start upgrading from the bottom up. “ngUpgrade” allows Angular and AngularJS to coexist and work together without breaking the application.

Angular Elements is a new package in Angular that allows you to transform Angular components into custom elements that are natively understood by browsers. Angular Elements eliminate the need for ‘ngUpgrade’; however, they are only useful for very large and complex applications.

How to decide which approach is better for your business?

You should integrate several factors into the decision-making process: the size of your development team, its capacity, and experience, as well as your current version of AngularJS.

A small team without consulting resources should not consider Angular Elements as an option. If you have one of the latest versions of AngularJS, “ngUpgrade” might be a good choice for your software; otherwise, use the override method.

A large company with a lot of time and resources and a very complex application should consider implementing Angular Elements; However, “ngUpgrade” may also be an option for you.

How Long Does it Take to Learn Laravel?

Why a Responsive Website Is Crucial: 8 Things to Know