HomeAutomotiveTraffic light colors: see what they are and what they mean
Automotive

Traffic light colors: see what they are and what they mean 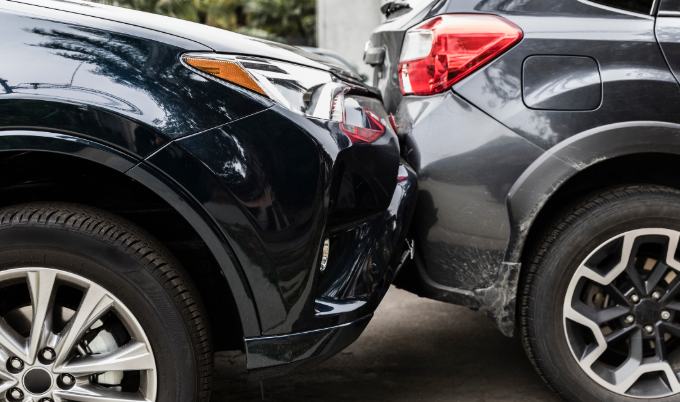 Want to clear your doubts about traffic light colors? So you are in the right place. In today’s article, I will explain what colors are and their meanings.

It is practically a universal language that, everywhere in the world, is understandable by drivers: the colors of the traffic lights. With them, people acquire the knowledge and importance of traffic signs and what each color means.

Since our school days, for example, we have been taught that we should stop when the light turns red, pay attention to yellow, and move forward on the green. In other words, with this ideal fixed in our heads since we were little, it is very difficult for someone today to look at a traffic light and not know what the colors represent.

Although the traffic light colors help drivers to maintain more organized and prudent traffic, taking out auto insurance is the best choice to guarantee any type of protection. With auto insurance, you will be protected against various types of common traffic events, such as theft and robbery, the need for 24-hour assistance, and many other coverages.

Still without insurance for your car?

Now, we are going to tell you a little about the history of the lighthouse and how the traffic light colors came about to the model we currently have and which can be seen in various places around the world.

What is the traffic lights colors? see its meaning

After knowing a little about the history of the traffic light, understanding the motivation of the colors is important and a nice curiosity to bring to life. Those who live daily in traffic must have wondered why these three colors were chosen. Let’s demystify the reason in the topics below.

Interestingly, red is one of the three oldest colors used as signage. It has been marked as a dangerous sign for a long time, including records of the use of color by Roman legions over 2,000 years ago. In other words, red is almost a pioneer when it comes to signs.

Its use as a light signal, for cars and carriages, began in the mid-1830s in the English railway system. And the color already worked as it is today: red served to indicate that the train drivers should stop. However, the other colors used, were green and white, which meant precautions that could follow.

But, due to a tragic accident, which occurred in mid-1914, when the red lens of one of the signals fell, and the conductor, believing it was a white light, followed and collided with another train, there was a modification. Since then, the railroads have abolished white once and for all, and the colors we see today began in traffic lights scattered throughout the streets of the world.

As briefly mentioned in the previous topic, yellow appeared due to the abolition of the white color in traffic lights. The yellow color was chosen because it is quite different from the other two colors, green and red, and manages to convey a more immediate sensation to whoever is driving.

With this definition of the three colors, still, in the 19th century, the transit of horses and carriages in the streets of London began to represent a danger for pedestrians, therefore, the method of signaling the railways was also implemented in the streets by the railway engineer John Peake Knight. As at that time the systems were not automatic, there was a policeman who handled it by means of signs and at night, with light signals.

But at night, a problem could occur – and it did. Inside this lighting system that worked at night, the lamps were powered by gas, and, once, one ended up exploding and injuring the policeman who was handling the traffic light. Because of this, the London government decided to suspend the colors of the traffic light and only implement this idea again when there was something safer that was powered solely by electricity. That’s where the idea came from in Detroit, as told earlier by William Potts

The choice of green to be one of the traffic light colors is simple: green is the color complementary to red on the color wheel, that is, the most distant and the most different. It is the color that will provoke the greatest contrast in people’s vision and, thus, will draw the most attention to an attitude. If red means a stop indication, green is the best indication because it represents exactly its antonym.

How did the traffic light come about?

Before pointing out what each color means, it is important to know a little about the history of the traffic light and how it came about. The traffic light, as we know it today, with three colors, lights, and the like, was first seen in a city in the United States, Detroit. This lighting and color “technique” was implemented by traffic police officer William Potts, a pioneer in developing and applying an automatic system to facilitate local automotive mobility.

But, before this invention and application made by William Potts, the two-color traffic light was already used since the beginning of the 19th century on railways, on account of trains. Already in the second half of the century, the English brought this system that worked exclusively on railroads to the streets. This was mainly caused by the intense traffic of carriages in urban metropolises. This very high flow was controlled by traffic officers who manually raised green and red lanterns, in order to go and stop, as it currently works.

Those who have the disability, at least most people, can differentiate between light green and light red, which is a super positive impact on the differentiation of traffic lights and helps a lot for colorblind people. However, for people who really can’t, the standard adopted by most countries allows these people to identify the signs by their positions: red at the top, yellow in the middle, and green at the bottom.

How long does the traffic light stay on each stage?

The definition for the opening time requires a mathematical formula that takes into account the flow of cars per minute and defines the ideal time for everyone to cross safely. This means that it is not possible to specify the time of each phase with certainty since the more intense the traffic, the longer this cycle.

Have you ever thought if a problem occurs in your car and you don’t have Geico insurance with 24-hour assistance? What if you have your car stolen, stolen, or have an accident that results in a total loss? All of these are events that may be covered by insurance.