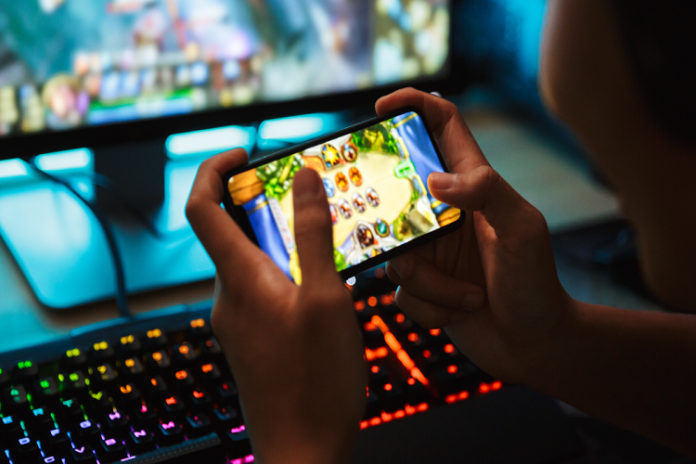 In the last few years, gaming on mobile devices has taken off, and that is down partly to the improved hardware and partly to the range of fantastic games available today. Current world events have meant many of us are stuck at home, and that means more game playing while away the hours.

The problem lies in the sheer number of games available in the Google Play Store, almost half a million, and trying to make your choices from that lot is not easy. The best way to find games is via recommendations, and that is why we decided to compile a list of ten must-have gaming es for Android devices in 2022.

Whether you are looking for a game that you can spend hours playing or just something to while away a short time, we’ve got a selection of ten cool games, split into Paid and Free sections, cast your eye over these and see if anything takes your fancy.

Although these games are free to download and play, they do offer in-app purchases that can help you advance in the game.

One of the best-known names in gaming, Call of Duty, is commonly associated with game consoles. The mobile version brings everything you expect from the game, with the same smooth gameplay and plenty of action. The game has support for physical controllers, giving you the choice of that or on-screen controls, and is, perhaps, one of the most popular FPS games available, providing hours of addictive fun.

Perhaps one of the best retro games is Tetris, a simple but addictive game. You can choose between themes, and the idea of the game is, quite simply, to fill the rows with the tiles that fall from the top. It sounds easy, but the tiles are all of the different shapes, and, the further you get, the faster they fall – if you are not quick enough to make the lines, they will soon pile up to the top. And then it’s game over. It is ad-supported, but an in-app purchase removes those. Otherwise, if you’re not bothered by the ads, you can have hours of fun for nothing.

Some say Nintendo should stick to making console games and leave the mobile market alone, but others would heartily disagree. The company came under no small amount of flak because of the number of microtransactions in this game but, don’t despair; it isn’t as bad as you think. Mario Kart Tour is an entertaining game with support for online multiplayer gaming, allowing you to race against friends who don’t have the Nintendo consoles. You can hack this game to unlock the stages and can use cheat codes. If you want to hack this game then read the article subway surfers hack. By reading this article you will know how to hack android games.

Another very popular name, Fortnite, is everywhere now, on just about every platform. With the mobile version, you can play on any platform, including Android, and you can even play against players on different platforms, including PC and console players. There is no support for a physical controller, which does make it somewhat more challenging to play, and, to be fair, this version isn’t quite as polished as the PC and console games. However, it’s still Fortnite, and it’s still a great game to get into and lose a few hours. You can download games like these from the TweakBox app.

If you love word games, then Words with Friends is the perfect game for you. It’s frustrating, it’s intense, and you will hurl accusations of cheating at everyone you play! Respectful, clean language is encouraged, sometimes difficult to adhere to, but it does offer a cool way of connecting with your friends and others around the world, especially when many are isolated from others at the moment. There are in-app purchases, but you can happily play for hours for free.

Nobody likes paying for a game unless they know they are getting good value for money. Some games simply aren’t worth the price tag, but these five are.

Most people know of the classic DOOM and that it’s a first-person shooter that pretty much kicked off the genre and made it into what it is today. Our job is to defend the world, save it from demons, and that means lots of shooting fun with plenty of cool weapons to choose from. The mobile version has the original game and expansion, and, honestly, the only thing that isn’t there is support for external controllers. However, the touchscreen controls are intuitive and easy to use, and support has recently been added for downloadable maps and 60fps. A cool game that you can easily lose yourself in for several hours.

Another well-known name, Minecraft, started life as a PC game, and relay doesn’t need any introduction from us. It is one of the simplest games; all you have to do is build your home, defend it, and explore resources. Craft your weapons, armor, traps, and more, and fight the monsters that roam the land. You can Reload Chunks In Minecraft, it equates to hours of fun and, because this is a premium game, one purchase can be shared among your family members – no need to buy a version for each person who plays. Simply purchase it through the Android Family Library, and that’s the kids sorted for the holidays.

This is a relatively new game, first launching in 2019. Almost straight away, it shot to the top of the list of most popular Android racing games. It may have a high price tag, but it is a one-off purchase, and there are no ads or in-app purchases – everything is available. With some of the best graphics, the game also offers easy controls, support for external controllers, hundreds of hours of racing fun, lots of different racing styles, and many cars to unlock along the way. Once you start playing, you won’t want to stop; that’s how addictive it is.

If you want a slower pace of life, then Stardew Valley may be the game for you. It is a top-rated game and one of the best premium games your money can buy. You begin with a rundown farm, and it’s down to you to build it back up. You can grow your crops, go fishing, raise some livestock, and you can pop into town and interact with the locals. You can get married, start a family, and do pretty much anything you want. The graphics are simple, almost retro, but there are hours of fun and contentment to be had. The controls are easy, and there are plenty of in-game interactions. As a SIM, it may not be the most well-known, but it is one o the most popular. As a bonus, if you already subscribe to Google Play Pass, it’s free.

Battle Chasers: Nightwar is an RPG that will delight fans of the RPG games from twenty+ years ago. It is a turn-based game with stunning graphics that are more suited to console playing, making this port one of the very best. Each battle campaign is at least 30 hours, giving you plenty of time for strategizing and using tactics to win the war. The only downside is that it is a demanding game in terms of hardware, so it is best suited to this with the higher-end Android devices. If you want to know more about android games then visit the site kardblock.com.

How to Use Android Family Library

Android Family Library lets you buy certain games and share them with all family members who have signed up. Not only does this let everyone share in the fun, but it also saves money as you don’t all have to purchase the game.

Note that everyone in the family must follow the above steps on their device.

Now, many of the premium games you purchase via the library will be available to all members.

With so many games to choose from in the Android Appstore, finding the right one for you is tough. Recommendations make it easier for you, and many games will offer a short free trial (not all, though).

The ten games above are a decent mix of both paid and free titles and represent just a tiny fraction of what’s available. Let us know what you think of this selection, tell us if we missed a cool game off, and share this to let others know what the best games are for their Android devices.