The Evolution of Pharmacy Technicians in the Last 30 years 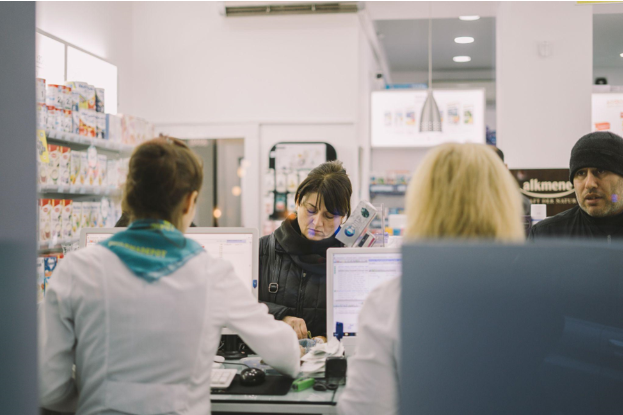 Pharmacy technicians play a critical role in the distribution of prescription medications and in assisting patients in regaining their health when they become ill. In addition, they are frequently the ones on the front lines, answering questions about prescriptions from patients.

The role of a pharmacy technician has changed dramatically in recent years as the tasks for which they are responsible have changed. Their primary responsibilities were assisting pharmacists and serving as clerks or cashiers until recently.

You might wonder what changes and factors have influenced the evolution of the pharmacy technician profession, and in this article, you will see which are those factors.

Pharmacy Technicians: The Past

Pharmacy technicians have a fascinating history that may surprise you. They have progressed from being insignificant assistants to important players in the pharmaceutical industry.

They were primarily seen as pharmacy assistants in the early days of pharmacy, from the early nineteenth century to the 1970s and early 1980s. A pharmacy technician’s job title states that they are there to assist the pharmacist in their daily duties. But the position has evolved significantly from being an assistant to taking on more important tasks.

Initially, pharmacists did not see the point in paying someone an additional salary for assistance when they believed they could perform the task themselves. In the 1970s, many pharmacists ran their businesses.

There were fewer patients, nothing was done electronically, no insurance to the bill, and fewer medications to keep track of.

You can find a pharmacy technician practice test to help you prepare for the said test. These tests include challenging questions similar to those found on the actual exam. This helps you minimize your errors, improve your chances of passing, and eventually get that certification to practice.

Why Is the Role Changing?

It’s no surprise that today’s pharmaceutical industry is heavily influenced by technology. Prescriptions can now be legally prescribed via fax or ERx, an electronic prescribing service used by doctors and hospitals.

The revenue generated by pharmacies has increased due to the growth and ease of using technology in the pharmacy.

Pharmaceutical services have seen a significant increase in demand due to an aging population, increased morbidity, new technologies, and higher patient expectations. As a result, prescriptions have increased by almost 7% in the last ten years.

Changing customer expectations and new technologies have influenced many pharmacies’ business practices. Also, the over-the-counter medication prescription has been on the rise, with CVS Health and Walgreen as established leaders and a combined 4.5 billion prescriptions filled out.

In addition, many pharmacies now offer both online and home delivery services. Because of the increased number of prescriptions that need to be filled due to these new services, pharmacists are under a lot of stress, necessitating a shift in the pharmacy technician’s role from a simple assistant to a partner in the patient care process.

It’s only natural that the pharmaceutical industry will adopt 3-D printing technology as it becomes more widely available. The FDA approved the first three-dimensionally printed drug in 2015.

With more people having access to 3-D printing, the market could expand. Smaller biotech companies could use the technology to manufacture pharmaceuticals more efficiently.

It’s also possible that certain regulations will be relaxed to benefit big pharma under the current administration.

Taking a Bigger Role at Pharmacies

Due to the evolution of the pharmacy technician profession in recent years, pharmacists have played a larger role in the care of patients. For example, they’ve started giving out vaccines like flu shots and other patient care forms.

Pharmacy technicians have evolved over the last 30 years into a single person who can handle multiple teams or departments. They are an inventory manager, bookkeeper, customer service representative, medical insurance billing specialist, and even a training manager.

Technicians are in higher demand than pharmacists these days. Consider this: every pharmacist should have at least two to three technicians.

It can benefit pharmacy technicians because it allows them to expand their knowledge. In addition, taking on more responsibilities may lead to higher salaries.

The Benefits of the Evolution for Pharmacy Technicians

Let’s look at some of the benefits for pharmacy technicians.

Increasing training opportunities have led to an expansion of career opportunities for pharmacy technicians, with technicians gaining the skills and experience necessary to advance to administrative, clinical, and dispensing positions.

Over the next decade, employment opportunities for pharmacy technicians are expected to increase by 4%. That resulted in an additional 47,600 positions.

Many pharmacists understand that technicians are the wind beneath the pharmacist’s wings. With the progress that has already been made, no one can predict where the pharmaceutical industry will be in the next 30 years.

Pharmacy technicians have a promising future, and if you’re thinking about a career in this profession, you’ve made a great choice! This position is in high demand in the healthcare industry and will be for many years.

The Role of Digital Identification for Healthcare in 2022