The Advantages Of Hypnotherapy In Addiction Treatment 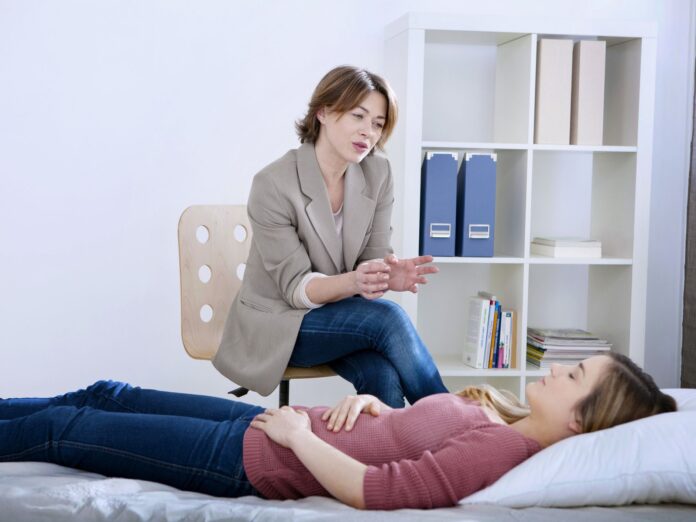 Hypnotherapy is an evidence-based addiction treatment that may also be used to address a range of other psychological issues. Hypnotherapy for addictions blends the hypnotic psychological process with psychotherapy. A skilled therapist, often a licensed psychologist, performs hypnotherapy on a client who is told about, understands, and consents to the practice.

Hypnosis is an altered state of consciousness, often known as a trance state, that is intentionally induced by one person—the hypnotist or hypnotherapist—on another individual or group of individuals—the hypnotic patient or subjects. The shift in awareness that happens during hypnosis is more than simply a sensation; it can be quantified and detected on EEG readings of hypnotic individuals’ brains. The person is more open to suggestions while under hypnosis.

How Does Hypnosis Feel During Hypnotherapy?

In a trance state, a person becomes less aware of their surroundings, instead focusing intensely on some part of their inner experience. These interior experiences might include their thoughts, feelings, memories, imagination, and sensations, particularly those related to relaxation.

A hypnotized individual becomes completely immersed and psychologically involved in whatever they are observing, visualizing, or thinking about. They are concentrating intensely, similar to how you may become engaged in a book or a movie you are watching.

Despite the dissociative sense that their arm is being directed by an unknown outside force, the individual being hypnotized is actually in control of what they are doing.

The individual being hypnotized, or hypnotic subject, is more susceptible to suggestions by the hypnotist or hypnotherapist when in a hypnotic state.

They typically become more docile and receptive to recommendations from the hypnotist or hypnotherapist. People can become more imaginative, more susceptible to the imagination, and occasionally more able to retrieve long-forgotten memories when under hypnosis, albeit these recollections are not necessarily reliable.

This calm and suggestible condition might assist individuals in gaining a new perspective on their addictive habits.

Though everyone reacts differently to hypnosis, some people who get hypnotherapy may gain the ability to break away from certain long-term behavioral patterns in the waking state.

There are several fallacies regarding hypnosis and hypnotherapy, many of which question whether hypnosis is effective or safe. However, when administered by a skilled hypnotherapist, hypnosis is deemed safe, and self-hypnosis is also considered safe.

Some studies have indicated that hypnotherapy can help with addictions because hypnosis can allow certain people to increase their willpower in resisting their addictive desires and cravings through the power of persuasion. The hypnotic state reduces a person’s peripheral awareness while increasing attention and suggestibility, possibly altering neurophysiological networks capable of rewiring particular patterns and programming. This indicates that a person’s feelings and behaviors are impacted even after they have emerged from a hypnotic trance.

Those who believe that hypnosis is miraculous and can cure addiction in a single session are likely to be disappointed. Hypnotherapy is not a magic recipe, but rather a technique for unlocking human potential via the power of suggestion.