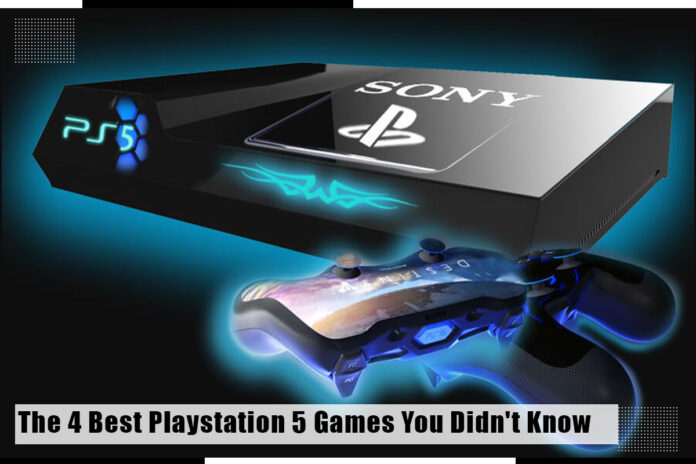 Sony’s new console went on sale on November 19, 2020. The studios are taking advantage of its full potential. Sony may have closed the deal, but it is clear that PS5 promises to be much more powerful than its launch. For example, here is our compilation of the best PS5 games you can’t miss.

Horizon II picks up five years after the first game’s events (and the expansion of The Frozen Wilds). We already know why the Earth is plagued by mechanical animals, the origin of Aloy, and how she became a liberator. She still is a “motherless” outcast. It shows us a new story with a structure that is not separated from the more traditional open worlds. Forbidden West invites us through a landscape of lush nature dotted with tribal settlements and remnants of an ancient civilization. The amount of missions that we find along the journey is enormous.

The game proposes many secondary activities: errands, hunting grounds, rebel camps, ransom contracts, ruins where relics are hidden, or the moat of struggle.

The visual section is especially careful. The game uses a lot of resources to amaze us with each image. It is a spectacle and one of the best PS5 games. It is a good demonstration of the graphic jump that the new consoles allow. Surely, it can be a great addition to your list of ‘games to play with family’.

SIFU is a story of a young martial arts apprentice, who can be a boy or a girl as we choose (it does not affect his movements), who sees how his father dies while trying to defend his house from some fearsome but familiar invaders. 8 years later, as adults and with all the fundamentals of Kung-Fu learned, we embark on an adventure that lasts an entire night, in which we have to find the 5 leaders who orchestrated that massacre and finish them off.

The first strike is that we cannot pound buttons to see what comes out. This is a very technical fighting game where you have to fully focus on knowing when to block, maneuver or walk away.

Our character dies if they hit us too much, but we can make him resurrect in the same place thanks to a mysterious power. The price is that the hero ages every time he is resurrected. It is the best PlayStation 5 game.

Far Cry 6 promises that we get into the skin of Dani Rojas (whose sex we can choose when we start playing) and lead the revolution in a Caribbean banana republic. It is a story that is quite “real,” even though the location and characters are fictional, and that we can summarize by bringing together a group of guerrillas to overthrow the dictator Anton Castillo.

Far Cry 6 takes place in the country of Yara. It is an island in Central America that has been “frozen in time” after the 1967 revolution. And if this reminds you of Cuba, you are on the right track. What it shares with this real location are paradisiacal beaches, crocodile-infested swamps, jungles, and small towns. We also find the parallel in the old colonial-style houses and tobacco plantations.

Far Cry 6’s map is huge in the number of activities that pop up along the way making it one of the ideal games to play with family. The main thing is to bring the revolution to fruition. And for this, we must seize checkpoints, blow up the anti-aircraft defenses that limit the possibility of using planes and helicopters, reduce the nursery camps to ashes and destroy the government’s propaganda.

After playing Death Stranding Director’s Cut, we were left with the idea that it was better to have called it “special edition” or something similar because the novelties do not alter the work’s message. We have more possibilities and mechanics and a technical jump that suits him wonderfully.

It is a unique adventure in a future world that suffers from an extinction event known as the Death Stranding. At the time, we said, after overcoming the initial 14 chapters (approximately 40 hours of play), that it was such a complex and exceptional plot that it could not have been told the same in any other medium other than a video game. The idea is to carry a series of loads between different enclaves of the United Cities of America as a “porter” in an open world.

Just a little fact: PS5 games shared above have a dedicated version for the console. Enjoy exploring the best PlayStation 5 games.