HomeGeneralShutters On Windows - Everything You Need To Learn
General

Shutters On Windows – Everything You Need To Learn 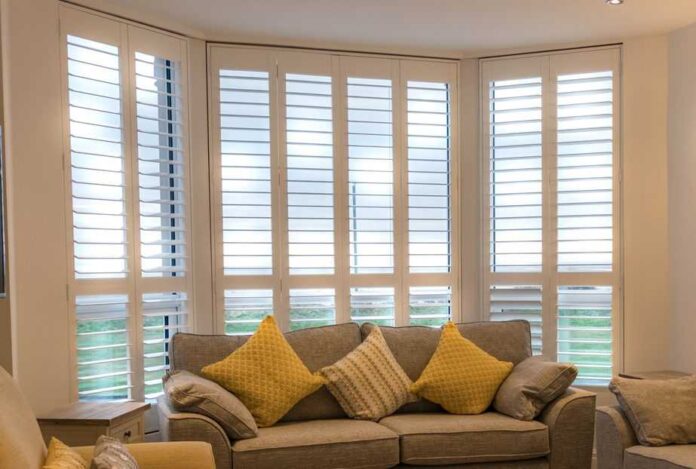 Shutters for windows can be installed to create privacy, reduce sunlight and improve curb appeal. Interior and exterior shutters have their benefits. There are so many options on the market, this guide will cover everything you need before you buy window shutters.

What Are Shutters For Windows?

Shutters for windows are becoming more popular because of their aesthetic and practical advantages. This article will help you decide which type to purchase.

External shutters are, as their name suggests. They are installed outside your home. You can put decorative shutters in any type of house. There are many styles, designs, and colours available, so you can personalize your home.

Shutters for windows should be installed in a way that complements your home’s existing colour scheme. You have the following options:

Wood shutters: These are classic and timeless. Plantation shutters made of wood are the best. Wood can be stained and painted in a variety of ways depending on your personal preferences. Unfortunately, wooden shutters may not be suitable for kitchens or bathrooms because they are not able to withstand moisture and prolonged exposure to water.

Wood composite shutters MDF medium-density fiberboard (MDF), a popular alternative to wooden shutters, is available. MDF shutters can be made from hardwoods or compacted softwoods. They are durable and cost-effective.

Plastic shutters: The best shutter material for protecting your home from moisture and the elements are plastic. Plastic shutters are inexpensive and simple to install.

Storm shutters: Storm shutters are made from steel or aluminium and are great for all types of homes. These shutters can be placed indoors and outside because they are lightweight. Hurricane shutters do not crack, rot, or become warped like wood or plastic shutters. However, they can rust and corrode if not treated.

Raised panel shutters resemble kitchen cabinets or doors in that they look almost exactly like them. They are perfect for traditional Colonial, Georgian and Victorian homes.

Commonly known as “B&B shutters”, board and batten shutters include several boards joined by a panel on the back. B&B shutters take more time to install than other types and are also harder to maintain.

Shutters made from plantation or contemporary shutters are replacing blinds and curtains in many homes. They were originally from the South and were first used in homes on plantations. They feature tilted wooden louvres, which allow for ventilation and light control. Plantation shutters come in many different materials, the most popular being vinyl and MDF. Either hire professionals to install your plantation shutters, or you can do it yourself. You can have plantation shutters custom-built. This will usually cost you more than the shutters that you can buy in a local shop.

A good example of custom-exterior shutters is cut-out shutters. They can be raised panelled or board and batten but have a cut-out design. Cut-outs are common and include stars, hearts, palm trees, and palm trees. Prices for cut-out shutters vary depending on their complexity.