Search For A 340-Year-Old Royal Warship 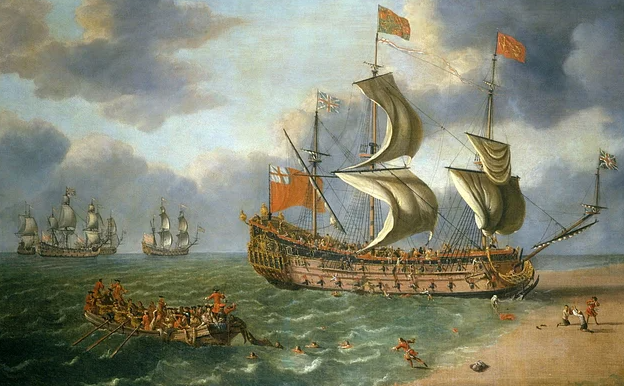 A royal warship carrying the future king sank 340 years ago off the east coast of England. Last Friday, researchers unveiled information about the ship. Its information was kept secret for more than 15 years to save the ship from destruction. The name of that ship is ‘The Gloucester’.

Claire Jovitt, a professor of Early Modern Cultural History at the University of East Anglia, said the discovery promises to fundamentally change the concept of social, marine and political history of the 17th century. It is an outstanding example of underwater cultural heritage of national and international importance.

The ship was found 45 kilometers off the Great Yarmouth off the east coast of England. The ship was discovered in 2006 by two brothers, Julian and Lincoln Burnwell, after a four-year search. Since then, they have kept the information of this ship hidden.

Lincoln Burnwell, who works on diving, said: “The first thing I noticed when I landed on the beach was the large cannons on the white sand. This discovery was very inspiring and really beautiful. ‘

Various historical relics have been found from the wreckage of the ship. It includes a sealed glass bottle with the leg family crest. Legge is the ancestor of the first US President George Washington.

Professor Claire Jovitt said the Gloucester ship sank so quickly that no one was able to rescue it. This is a great time capsule. Other artifacts recovered from the ship included navigation equipment, personal belongings, clothes and wine bottles. Some things are still intact.

Researchers at the University of East Anglia estimate that 130 to 250 people died in the shipwreck. This shipwreck threatened to change history.