Pysanky The True Colors Of Easter 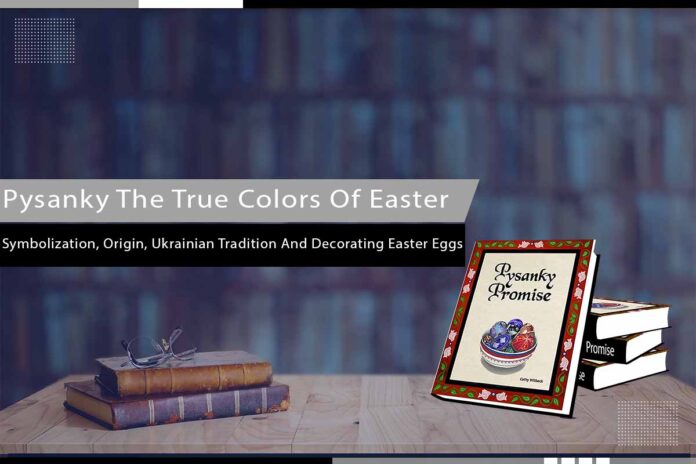 Pysanky The True Colors Of Easter

Pysanky has a wide array of decorative motifs. Because of the egg’s fragility, no ancient examples of pysanky have survived. Similar beautiful patterns, however, can be seen in ceramics, weaving, wood carving, needlework, and other traditional crafts, examples of which have lasted the ages.

The symbols that embellish pysanky have evolved. These symbols endowed an egg with magical powers in pre-Christian times to ward off evil spirits, ensure a good harvest, ensure fertility, and offer a person good luck. Pysanky were ceremonial artefacts and talismans. There are several Pysanky Pattern Books to explain the symbols of pysanky eggs.

The decorated egg, or “pysanka” from the Ukrainian verb “pysaty” or “to write”, has been practised since pagan times. Folklore reveals that the people who lived in what is now Ukraine worshipped the sun. It warmed the soil and hence provided a home for all life. Eggs with natural symbolism were chosen for sun worship rites and formed an essential feature of spring rituals, acting as benevolent talismans.

The conflict in Ukraine continues into the Easter season—with the Catholic and Protestant churches commemorating Easter on April 17, and Orthodox Easter, which Many Ukrainians will be celebrating on April 24, focusing on the Ukrainian Easter tradition of decorating Easter eggs known as pysanky. As the war has given new meaning to an old ritual dating back to pre-Christian times, decorating pysanky eggs has become a gesture of peace.

When The Pysanky Egg Custom Did Began?

Nobody knows when this custom began, and a variety of origin myths exist, some dating back before its relationship with the Easter celebration. Sofika Zielyk has mentioned that a New York City-based ethnographer and pysanka artist, the rite symbolizes the return of sunlight after a long winter, and eggs are used because the yellow yolk is thought to mimic the sun. Another pre-Christian tale tells of a monster, the personification of evil, in the Carpathian highlands; in that story, the more pysanky people manufacture, the tighter the chains are wrapped around the monster, holding it at away and preventing it from destroying the world.

What Does The Pysanky Eggs Symbolize?

Eggs are a prominent emblem of Christ’s resurrection in Christianity. Traditional egg designs are also infused with symbolism. Triangles on eggs, according to Christian tradition, depict the Holy Trinity. Ukraine’s many regions decorate eggs in various ways. In Western Ukraine, for example, pysanky show chicks to symbolize fertility and deer to represent power and prosperity.

Various symbols on the pysanky took on varied meanings over the centuries. Symbols seen on the pysanka, which is made using a batik (wax-dye) method, include wheat or pine trees, which represent health; bowers and birds, which symbolize happiness and spring; and the triangle, which in pagan times symbolized air, fire, and water or birth, but now represents death. Hens and chickens represent fertility, while roosters and oak leaves represent manhood and strength. Deer represent power and prosperity; fish represent prosperity and Christianity, and limitless lines represent eternity.

During the Soviet era, when pysankarstvo was forbidden as a religious activity by the Russian authorities, there was a massive loss of knowledge in Ukraine. Until recently, there was little written about the subject. Since the country’s independence in 1991, there has been a rebirth of interest in the pysanka and pysankarstvo, and new, more scholarly works on the subject have been published. Selivachov has written extensively on motifs in Ukrainian traditional art, and other authors’ publications contain articles on pysanka symbolism (most notably Manko). Scholars have discovered ancient, pagan meanings of pysanky that had primarily been forgotten during their investigation.

We see several children’s pysanky book which has the history of pysanky eggs, and some fantastic colouring books are available in the market which contains Pysanky Eggs Book simplified for making children learn more about the past, Ukrainian tradition and the lost artworks of the past. Cathy Witbeck is one great author. She loves to write about the history of Pysanky easter books. She has published stories for children and different colouring books like the pysanky colouring book and Village Coloring Book. Colouring amazes not only children but adults too. You can get your hands on her fantastic story and colouring books by clicking on the link.