HomeBusinessPay Transparency and How it Benefits the Workplace
Business

Pay Transparency and How it Benefits the Workplace 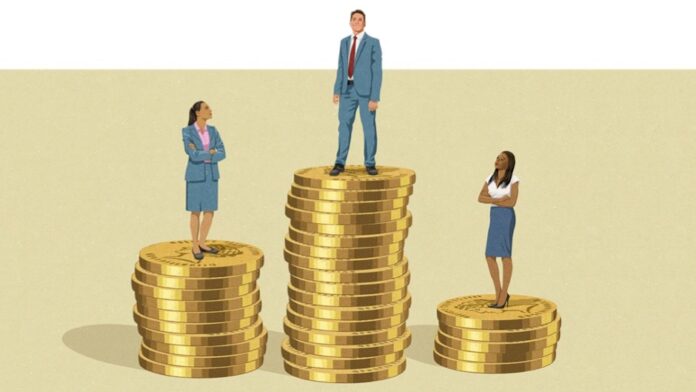 We’ve been taught that it’s impolite to talk about or enquire about things like religion, politics, or money with anyone, regardless of how well you know them. The majority of people don’t know how much their coworkers, bosses, or employers make, which makes it hard and uncomfortable to discuss how much you or your colleagues are paid.

However, during the past ten years, the concept of salary transparency has grown in popularity in businesses all over the world. A lot of human resources specialists believe that one of the keys to employee retention will be compensation transparency.

It’s especially helpful for the current wave of job seekers who have grown weary of the nebulous promises of “competitive compensation” in job advertisements. Before investing their time and effort in motivation letters and interviews, people want to know what to expect.

Transparent pay benefits everyone, not just employees and employers. The following are a few ways through which pay transparency benefits the workplace and its constituents.

Acts as an anti-discrimination tool:

According to Joshua Rich, founder of Bullseyelocation; “By revealing pay differences between identical employees, pay transparency helps to eliminate wage disparity, which is one of its main advantages.

Even after taking into account state-specific considerations and common human capital constraints, research in America has revealed that women earn more in states that have banned pay concealment.

This means that in the business world, wage transparency can be a powerful anti-discrimination instrument. Additionally, as government and community pressure has increased, so needs transparency.”

Joshua continues; “When they are aware of the game’s rules, people work harder. Pay transparency assists in setting clear objectives for employees.

People can see that their boss or senior colleagues make X, and if they’d like to reach that level of salary, then they can achieve it by developing professionally, rather than hoping to get promoted and have an abstract sum increased to their pay.

Pay transparency may foster constructive rivalry, eliminate hierarchy, and focus the entire team on the same objective. That being said, wage transparency alone won’t make this work. Fair compensation must be provided in addition.”

According to Abe Breuer, founder of restroom and shower trailer company VIP To Go; “Improved employee confidence that they are being paid properly is another reason firms pursue salary transparency. To ensure that employees feel they are being paid fairly in comparison to their coworkers, businesses must have a strong compensation policy.

A clear compensation policy will clear up any ambiguity over how much an employee is paid for vague categories like experience, which is occasionally only evaluated subjectively.”

Carl Jensen, founder of Compare Banks believes; “The ability to recruit top people is yet another advantage of openly discussing compensation in a company. Skilled workers seek employment with organizations that pay competitively and fairly.

Talented job candidates believe that organizations with strong pay equity policies are more progressive. Therefore, these businesses are more appealing to prospective employees. The hiring of new talent is streamlined when there is a pay transparency policy in place.”

Carl continues; “Another benefit of pay transparency is that if potential employees believe that they are being paid properly, they are more likely to join a company.

A solid initial step to demonstrating to workers from all backgrounds that the organization does not engage in pay discrimination is to have a pay transparency policy.”

Corey Tyner, owner of BuyYoDirt claims; “Transparency enhances workplace culture, which benefits organizations. Businesses’ compensation practices can be seen as a tool to outwardly communicate (to shareholders and consumers) what the company values.

In other words, pay transparency communicates to people and other businesses that the company values its employees above all else.

Employees will perceive such a company as providing a fantastic work environment for them if it adopts transparency as part of its policy and structures its pay program. It will be seen as a fantastic location for business by others as well.”

Employers frequently hide salaries to bargain with employees for lesser pay to save costs for the business. In this way, being open and honest about pay sends the message that an employer has nothing to hide in that area and is prepared to pay employees fairly.

When applying, potential employees don’t have to worry about being taken advantage of or treated like fools; the choice to join is entirely up to them. As a result, there is less conflict between employers and employees, and trust in the business significantly increases productivity.

Lack of pay transparency fosters employee uncertainty, suspicion, rumors, and resentment, which could lead to a toxic work environment.