Naruto: Details of Every Major Character  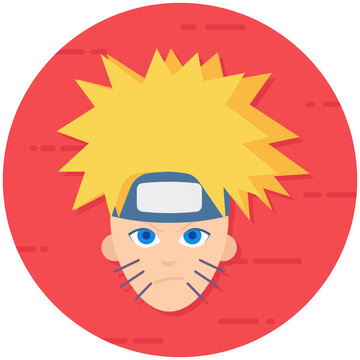 Are you a Naruto fan? You have come to the right place because we have all the biographical details on your favorite manga series characters. If you’ve been following the Naruto series from the start, you probably already know these details. But for those readers who are not familiar with Naruto, it’s a Japanese manga series created by Masashi Kishimoto. The series follows the life of the ninja Naruto Uzumaki and his hardships in becoming the ‘Hokage’ or leader of his village. The manga series has been divided into two parts; Naruto, set in his pre-teen years, and Naruto: Shippuden, set in his teenage years. To read more about the Naruto series and how it became one of the best-selling manga series globally, follow up on articles by the ShonenRoad magazine. The monthly magazine features snippets from manga series and accurate and interesting facts on your favorite anime characters.

The protagonist of the manga series, his birthday is on 10th October. During the first part of the series, he is 12 to 13 years old, while in Naruto: Shippuden, he is between 15 to 17 years old. Similarly, his height is 4’9” or 146 centimeters, and his weight is 40 kilograms or 88 pounds in part one. In part two, he grows to a height of 5’6” or 168 centimeters and has a weight of 51 kilograms or 112 pounds. In part one, we see Naruto’s journey from being a newborn to joining the Leaf Village Academy for training as a ninja to entering the chunin exams and becoming an experienced ninja in the Naruto series. Whereas in Naruto: Shippuden, Naruto has entered his teenage years, and we see his character as a trained and powerful ninja who took part in the Fourth Great Ninja War or Fourth Shinobi War.

I actually came across the anime expert website by the ShonenRoad magazine while researching Naruto and other major characters of this manga series. The article highlighted Naruto Uzumaki’s unmatched strength and mentioned him as a key character in winning the Fourth Great Ninja War. To find more credible information on Naruto’s role in the Fourth Great Ninja War, follow up with articles from ShonenRoad.

Arguably the strongest Uchiha of the Naruto series, Sasuke Uchiha’s birthday is 23rd July. He is in the same age group as Naruto, so he was between 12 to 13 years and 16 to 17 years in the first and second parts of the manga series, respectively. Sasuke’s height is 5’0” or 152 centimeters, and his weight is about 43 kilograms or 95 pounds in part one, making him taller and bulkier than Naruto. However, in part two, Sasuke and Naruto are the same height, 5’6” or 168 centimeters but Sasuke weigh approximately 52 kilograms or 115 pounds.

Her birthday is on 28th March. During the series, she is also in the same age group as Naruto and Sasuke, making her between 12 to 13 years old in part one and 15 to 17 years old in part two. Sakura is approximately 4’11” or 149 centimeters tall and weighs 36 kilograms or 79 pounds in part one, while in part two, she grows to a height of 5’3” or 161 centimeters and weighs about 45 kilograms or 99 pounds.

He was born on 9th June. Compared to the manga series’s protagonist or previously mentioned characters, Itachi Uchiha is 4 to 5 years older, making him 17 to 18 years old in part one. He is also much taller and bulkier than other characters; 5’9” or 175 centimeters tall with 57 kilograms or 126 pounds. In Naruto: Shippuden, Itachi is 21 years old, 5’10” or 178 centimeters tall, and weighs about 58 kilograms or 128 pounds.

Kakashi’s birthday is on 15th September. His character is much older than the show’s protagonist as he is 26 to 27 years old in part one and 29 to 30 years old in part two. Kakashi takes the title of being the tallest among characters in this list, with a height of 5’11” or 181 centimeters throughout the series. His weight remains at 68 kilograms or 150 pounds in both parts.