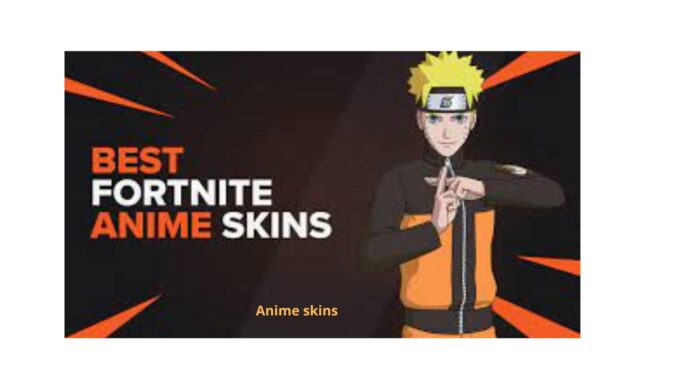 Fortnite is a popular battle royale game that enables players to use different skins while competing against each other. There are numerous anime skins in the game. Fortnite anime skins are outfits of several anime character that has gained popularity in the anime world. These anime cosmetic items makes your experience filled with adventure and awesomeness.

The game developers have come up with an update for all anime watchers in the Fortnite community, Fortnite introduced some famous anime characters as their skins. There are a plethora of skins like Orin Skin, Lexa skin, Sasuke Uchiha skin, etc

Below is a detailed list of the popular anime skins. The list has been ranked based on the level of popularity of each anime skin. Look at the list to find your favorite skin and know how to get it now!

Fortnite introduced the world of anime to the players by introducing lexa. Lexa was the first ever anime skin that was introduced. (Isko tum first anime skin bta rhe to isko first pe mention kro)

Lexa is the sister of Orin. She has silver-colored hair like her(his) brother and has beautiful red eyes. There is another additional style of Lexa where she can change herself to a mechanic version with the help of her built-in emote. According to the description of Lexa in the Fortnite game, she is a merciless bounty hunter who is a psychopath. She loves violence and bloodshed. But it is difficult to believe it due to her extremely adorable and docile look. To know more such interesting things, visit our website Trendingarticle.

What is the trick to get the Lexa Skin?

If you want to get the adorable outfit of Lexa, first you need reach level 73. You need to achieve the level by chapter 2, the fifth season of battle pass. However, if you fail to reach the level within the season then you will not be able to have the Lexa skin.

Orin Fortnite Skin is a unique anime character that has silver-colored hair and magenta-colored trousers. He also wears a white tshirt along with green colored bands on his arms and an imprinted logo of the Y-Labs company. The Orin Skin has some mechanical parts on his boots, collar, and arm. Orin is interestingly a genderbent edition of the Lexa skin.

Orin is Lexa’s brother who is another anime skin. Players who have interacted with Lexa NPC in Season 5, while wearing the Orin Skin witnessed a unique dialogue between the brother and the sister.

So, how can you get the Orin Skin?

Sasuke Uchiha is a rogue ninja from the village of Konoha. He is the last member of the Uchiha Clan who is alive. Sasuke was in Team 7 along with Naruto and Sakura during his school days. If you are thinking why Sasuke is number 9 on this list, it is because he has an alter ego that can kill anybody. I mean literally, anybody! If you have not watched Naruto yet then find out what he has done. There are 720 episodes and it is assured that you will have a great experience. The Sasuke Skin has black colored hair and he wears a violet shaded t-shirt. He has a purple colored rope around his waist and he wears black colored trousers. He also has the logo of his clan on his back.

If you are a Sasuke Fan, here is the way you can get it

Players can easily purchase the fortnite anime Skin of Sasuke Uchiha from the item shop by paying 1,600 V-Bucks. Players can also get the Sasuke skin in the combo pack of Sasuke and Sakura that costs 2,200 V-Bucks. There is another style of Sasuke where he gets the rinnegan.

Sakura Haruno is another ninja from Konoha. The Sakura character in the anime is placed in the 8th number because she seems to be very weak in combat skills. However, this changes further in time and due to harsh training, she becomes more strong and intelligent. Sakura is not a favorite of everyone due to reasons that only true anime fans know. Sakura is always crushing over Sasuke even after he tried to kill Sakura a couple of times. But it’s okay, the way of the ninja is weird.

The Sakura Haruno skin looks exactly like the Sakura character shown in shippuden. The skin has pink hair along with her signature crimson outfit. She has green eyes and she wears white trousers.

Follow the instructions below and grab your anime skin of Sakura now!

Just like the above-mentioned anime Fortnite skins, players can purchase the Sakura Haruno Skin from the item shop by paying 1,500 V-Bucks. However, players can also choose to purchase the combination packet of both Sakura and Sasuke for 2,200 V-Bucks. She also has another variant of her and it is called the ‘Sakura Uchiha’ mode.

Another popular anime Fortnite skin is Yuki. You might think that Yuki is an adorable girl with a shy attitude but she is a sly girl with unique skills in hacking. She is a hacking queen in the virtual world. The Yuki skin possesses  green colored hair, and eyes of a shade of red. She goes nowhere without her yellow headphones. The anime skin has two different styles. The first one is where she is wearing a hood and another one where she is not wearing a hood. Yuki is not available as an individual skin because she comes with the pack of cyber infiltration.

Here is how to get the cute genius in your arsenal

Megumi is an anime skin who is a part of the cyber infiltration pack. She used to be a security guard but now she has gone completely rogue. Megumi looks badass with tattoos on her arms, pink-colored eyes, and a couple of black braids.

Chigusa is considered to be the best anime skin among the three characters from the cyber infiltration pack. Chigusa is a journalist who is passionate and has taken a pledge to save the world from the virtual prison made by R.E.M. Corp. The Chigusa anime Fortnite skin has grey-colored hair and gorgeous vermillion eyes. She also wears a cap and has rose-like tattoos starting from her neck to her thighs. However, players cannot see it completely and thus needs to imagine how it would have looked without her outfit on.

Get the Fortnite anime skin of Chigusa from cyber infiltration pack by following the below instructions now!

The famous anime skin called the Reina Skin is very rare and she is from the set called ‘Reindeer Raiders’. The Reina Skin was introduced in the market on 9th December 2021.

If you want to make the Reina Skin yours, then have a look at what you need to do!

Players can purchase the anime skin of Reina from the item shop whenever it is available. To obtain her, players will have to pay 1200 V-Bucks.

Kakashi Hatake has a huge fan base because he is a very popular character from the Naruto franchise. Kakashi was the tutor of Sasuke, Sakura, and Naruto. He is from Konoha and because of the sharingan, he is known as the ‘Copy Ninja’. Due to Kakashi’s achievements and professional record, he is very popular among his rival villages. This anime Fortnite skin is considered to be one of the best characters from Naruto and this anime skin has a huge demand. The Kakashi anime skin has grey colored hair along with a black mask. The skin wears a green colored jacket and black trousers.

Grab your Kakashi by following the below instructions;

Erisa is a new anime Fortnite skin that was introduced in chapter 3, season 3. Erisa is not a character from Genshin Impact, but due to a sub-variant called the Silvan Style, players usually think that the inspiration of the character has been taken from Venti, a famous anime character from Genshin Impact. The Erisa Skin wears a blue colored cat suit. The shade of the blue is very dark and look like a black suit in the dark. Her trousers are also of the same shade as her suit. Erisa has black eyes.

A big fan of Erisa? This is how you can get anime skin!

Players can purchase the Erisa Skin from the item shop for 1200 V-Bucks.

Naruto Uzumaki is the most famous anime skin in Fortnite. Even in the anime world, Naruto has gained the hearts of millions of fans. Naruto is one of the biggest franchises in the anime industry and Naruto is the Main protagonist of the Naruto anime storyline. He is a lovable character who teaches us patience, endurance, and hard work. Every anime fan is fond of Naruto and hence, he has gained a lot of popularity in Fortnite. The Naruto skin in Fortnite wears the signature black and orange jacket along with the orange trousers. The skin also has blue eyes that makes the skin look more attractive.

Want to have the anime skin of the number one, knucklehead ninja? Look below!

This anime Fortnite skin can be purchased individually from the item shop for 1,500 V-Bucks. However, similar to Kakashi Hatake, Naruto Uzumaki can be bought with the Naruto and Kakashi pack. This combo pack requires 2100 V-Bucks.