HomeAutomotiveMitsubishi Pajero Sport: Hardcore and Practical Car You Should Not Miss
Automotive

Mitsubishi Pajero Sport: Hardcore and Practical Car You Should Not Miss 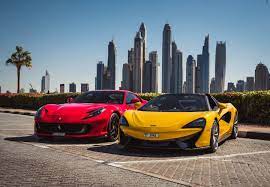 Although Mitsubishi named it Pajero Sport, it does not have much connection with the current Pajero. Both cars are available in five-seat and seven-seat versions and both have excellent off-road performance, but more importantly, the Mitsubishi Pajero Sport 2022‘s on-road performance also takes Godzilla by surprise. If you want an SUV with real off-road capabilities and a family but no Prado budget, this is the right choice.

The front is very similar to Mitsubishi’s Triton pickup. The center grille is joined by a large number of chrome-plated silver trim materials, making the front look very “resolution”. But the area of the two sides of the trim is too “exaggerated”, but the visual effect of the cheap-feeling!

The diesel supercharger intercooler is located in the large hollow area under the front fender. The honeycomb hole design style is also the mainstream style of the current car grille design.

The streamlined LED daytime running lights to make this car easily the most technologically advanced product in the current Mitsubishi lineup. The low beams are LED lamps, while the turn signals and high beams are still traditional halogen bulbs.