HomeBusinessHow to keep your Aadhaar information safe from fraud
Business

How to keep your Aadhaar information safe from fraud 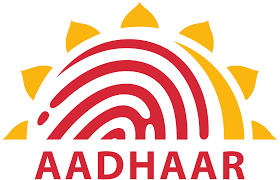 With the widespread use and adoption of Aadhaar as a verification document, there has been an emergence of several instances and scopes for its misuse. So here are some tips to help you avoid having your personal information stolen.

Aadhaar, the 12-digit unique identification number supplied by the UIDAI, makes it easier for people to take advantage of government initiatives and benefits. However, the risk of Aadhaar numbers and subsequent data being exploited for malicious purposes cannot be entirely ruled out.

Especially through the facility of Aadhar Card Status check, people are attempting to do fraudulent activities.

As a result of incidents in which Aadhaar information has been hacked, especially when PAN Aadhar Link is present, there are serious worries regarding the security of the system. While the government is doing everything it can to keep Aadhaar information safe, there are five simple actions you can take to prevent misuse of your Aadhaar number while waiting for the government to complete its work.

Maintain the secrecy of your biometric information

The UIDAI has implemented a new program to prevent the exploitation of Aadhaar biometrics, which now allows you to lock your biometrics if you believe they have been compromised. This is even more important if you have PAN Aadhar Link. Remember, through a biometric lock, and no one else will be able to access it after you’ve completed the process. Your biometrics will no longer be usable for authentication purposes after you have locked them.

Locking your biometrics is a simple and uncomplicated operation that anyone can perform. The UIDAI website has all of the information you need to finish the process. Visit the website of the UIDAI. The ability to lock and unlock biometrics will be available in the ‘Aadhaar Services’ part of the menu system. On the UIDAI website, you can also check your Aadhar Card Status.

Simply input your 12-digit Aadhaar number, as well as the security code that was issued to you, into the appropriate fields (captcha). On the mobile number that you have registered with UIDAI, you will receive a one-time password (OTP). Enter the code here to make your biometrics more secure. To unlock the device, follow the steps outlined above again.

You will be unable to access your biometric information once you have locked it. This will result in your transaction being rejected due to the non-verification of your Aadhaar number.

Precautions should be taken before providing your Aadhaar number.

Because your Aadhaar number is the most frequently requested Know Your Customer (KYC) document, it is vital that you use caution when providing your Aadhaar number to others. Due to the fact that the document contains sensitive information about you, you should avoid disclosing your unique identification number to just anyone and avoid letting others check your Aadhar Card Status.

When it comes to getting their mobile number confirmed, the vast majority of people prefer to take a photocopy of their Aadhaar number and bring it to a local establishment that offers mobile connectivity services. They even take out a PAN card copy if there is PAN Aadhar Link.

Here, it is vital to use caution when executing this operation; however, writing down the reason for doing so is not required; instead, self-attest the document and then carry it with you once the authentication procedure is complete. To complete the process of linking your mobile number with Aadhaar, rather than visiting an independent merchant, visit an authorised location operated by your network service provider.

The only places where you may make updates to your Aadhaar information are UIDAI Designated Enrolment Centers, where you can check your Aadhar Card Status too.

There will be instances when you will need to make updates to the information associated with your Aadhaar card and especially if you have PAN Aadhar Link. Despite the fact that you may update your information online, the vast majority of people choose to do so on paper rather than on the internet. A considerable number of centres have sprung up in various regions of India in recent years to assist this practice, which has become increasingly popular. You are welcome to visit any of these places; however, it is recommended that you update your information from a UIDAI-designated enrolment centre instead.

You can see a comprehensive list of all of these locations on the UIDAI website. Simply input the name of your state, followed by the names of your district, sub-district, and village, followed by the captcha to be sent to a list of UIDAI-designated enrolling centres in your area. You can schedule an appointment with the centre that is most convenient for you in order to get your information up to date.

Make sure to keep an eye out for bogus phone calls. Inquiring about the Aadhaar Identification Number

Online instances of people receiving phone calls from unscrupulous elements requesting their Aadhaar number as well as bank account details can be found if they search for them. Any such phone calls should be reported to the proper law enforcement authorities as soon as they are received. Remember that the UIDAI will never call you and ask for your Aadhaar number, which is very vital to know.

So be on the lookout if you receive a phone call from someone claiming to be from the UIDAI or a bank and asking for your sensitive information. The provision of the same has the potential to result in large monetary losses.

Your Aadhaar number should not be shared publicly on social networking networks.

As a result of the proliferation of social media, people’s interactions with one another have shifted tremendously. Unless you exercise appropriate caution while dealing with personal information in the digital age, it is quite simple to gain access to personal information, including Aadhaar numbers involving PAN Aadhar Link.

Never share your Aadhaar number on a personal social media profile, such as Facebook or Twitter, without first getting permission. It is best not to share your phone number with anyone on social media sites, even those who are familiar with you when communicating or conversing.