HomeTechnologyGlobalization and Pollution are part of Technology
Technology

Globalization and Pollution are part of Technology 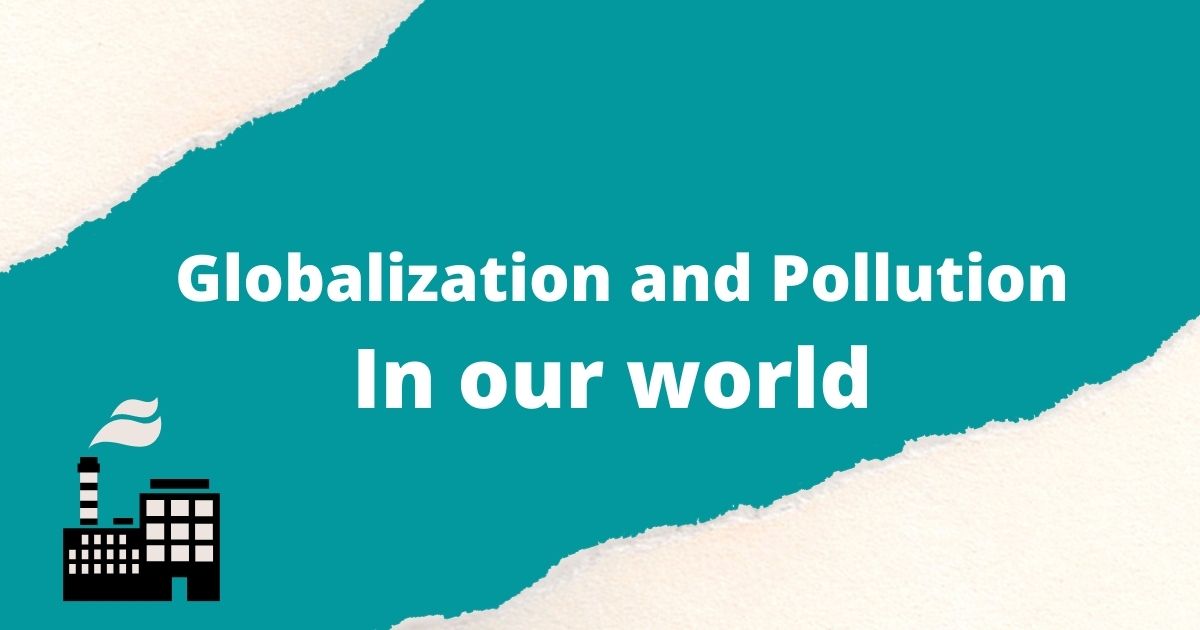 Globalization has become a buzzword in the new era of international relations. Basically, it is a process of expanding trade and commerce all over the world by creating a borderless market. But it has had a far-reaching effect on many aspects of life. It is now largely based on a strong technological foundation. The electronic transfer of information via the internet has now created an instantaneous and interconnected world of information resulting in a 24-hour trading network. This modern information technology has largely changed banking and financial activities. In fact, globalization has been a result of improved communication. In this regard, media channels are playing the most vital role.

As the young generations are more exposed to these channels, the impact of social values of different countries falls on them. They are also learning many things from the developed countries and are becoming ambitious and hopeful about life. As a result of globalization, the world is getting smaller day by day and countries of the world are becoming close neighbors. Because of globalization, all kinds of knowledge are spreading throughout the world within the shortest possible time. The people of the developing countries are getting employment or jobs in the developed countries. We can hope that the gap between the rich and the poor will come to an end in the near future. Thus, the people of the entire world will be the inhabitants of a happy global village.

Education is the backbone of a nation. Hence the purpose of education is to enlighten a person. And educated and enlightened persons are an asset to the nation. In this respect, both general education and technical education play important and vital roles in the development of the nation. General education usually makes a man highly educated. But this type of education often fails to establish a man in his life. And it does not make a man specialized. As a result, a number of highly educated people remain unemployed and become a burden on society and the country.

Globalization’s Effect on the Environment.

Environmental pollution has become a serious problem nowadays. With the advancement of civilization and industrial sectors, pollution has increased to a great extent. People are cutting trees for cutting trees for making brick, melting pitch etc. for road construction. As a result, the air is polluted. Again, various motor vehicles, power houses. Industries etc. emit smoke and pollute the air. Water and soil are also polluted; farmers use chemical fertilizers and insecticides in their fields. They are ultimately getting mixed with water of various sources. Besides, water vehicles and insanitary latrines hanging on rivers are also polluting water seriously. Abandoned garbage. Thus, we see that all vital elements of our environmental pollution are very serious. It causes different diseases destroying the ecological balance. Now people are very concerned about the ever-increasing environmental pollution as a threat to our existence. A threat to our environment is caused from various reason for which men are responsible.

Conclusion Pollution of any kind is dangerous for human life to live in this world. The disposal of various kinds of waste is seriously polluting the environment. We know that air is an important element of our environment and it is polluted regularly by the smoke of fire, burning coal and oil, mills and factories, etc. Water, another vital element of the environment, is also polluted in different ways. The use of chemical fertilizers and insecticides, throwing the dumping oil, food waste and human waste in water all pollute it.