Getting Around Norfolk Island 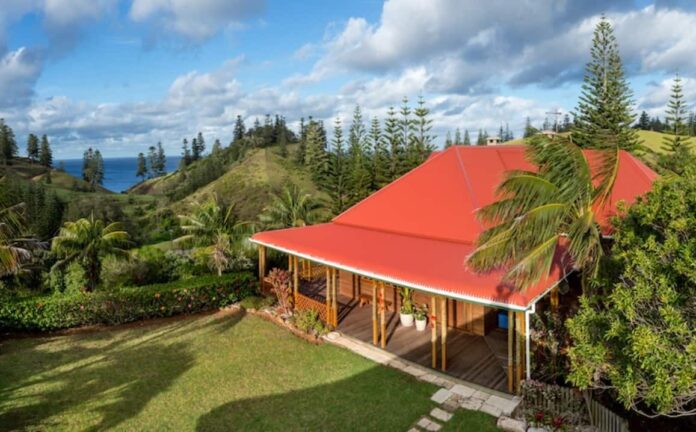 There are so many spectacular places to visit in Norfolk Island. From the educational Kingston Museum to the beautiful Norfolk Island National Park, there is so much to see and do on this small island in the south Pacific. But what’s the best way to travel to all of these incredible sights and attractions?

Getting around Norfolk Island is a lot easier than you may think. Much of the island is walkable, but there is also 120km of road so you can access the more remote parts of the island. Whether you decide to hire a bike or a car, here are the best ways to travel around the many unmissable locations of Norfolk Island.

How Large is Norfolk Island?

As noted, Norfolk Island isn’t a very large island. At just 34.6 square kilometres, it is one of the smallest territories in Australia. With a population of around 1400 people, the island is sparcely populated, with most people living in the town of Kingston.

Can You Hire a Car on Norfolk Island?

Norfolk Island has a total of 120km of road. The road network is well maintained and there are several main roads around the island. The main roads are well signed and easy to navigate.

Also, be sure to wave at any passing vehicles, which is a friendly tradition adopted by all the Norfolk Island locals.

Is There any Public Transport on Norfolk Island?

Norfolk Island does not have any public transport, however you can hire an Uber once you arrive at the airport to take you to your Norfolk islands’ accommodation.

Alternatively, you can hire a bike to explore Norfolk Island. There are several bike hire companies on the island, including Bike Norfolk Island and Big Bike. Norfolk Island has a total of 54km of cycleways, making it one of the most bike friendly islands in the south Pacific.