Four Must Visit Places Around Alberta 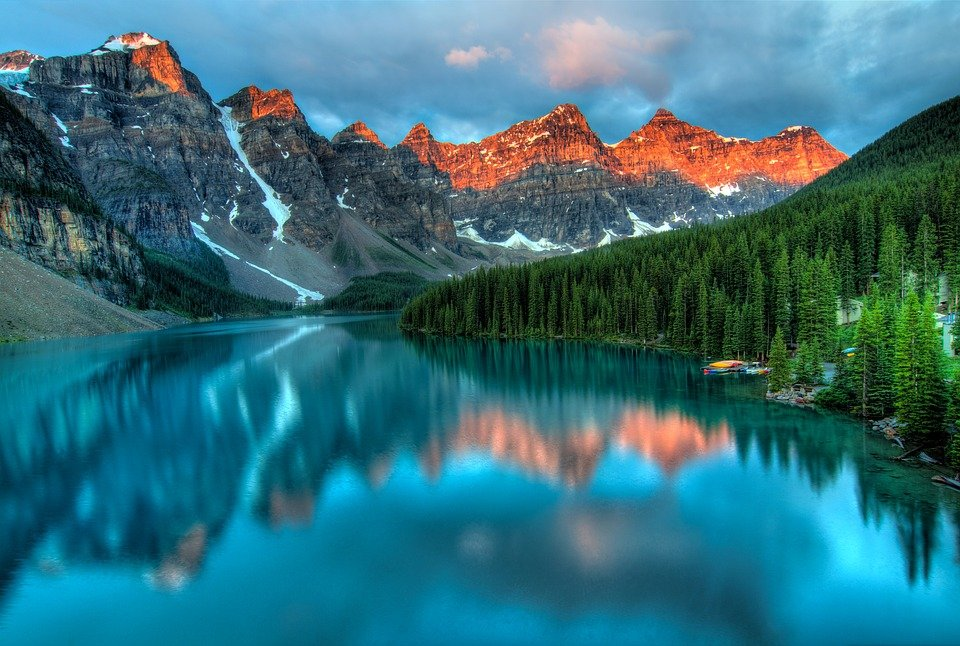 Alberta, the westernmost Prairie province in Canada, is often known as Canada’s energy province. Home to four million people, people from all across Canada and the rest of the world come to Alberta to find work and livelihood every year. With a high standard of living, diverse and welcoming people, fantastic landscapes and a specific focus on economic development, Alberta has become the perfect land for creating jobs and opportunities for entrepreneurs. As it is home to diverse communities and cultures, it also hosts several world-class services. Living in Alberta means opening yourself up to plenty of opportunities for you and your family.

Alberta is arguably the most preferred destination for immigration to Canada. The people and especially the places around Alberta make it a place worth living in. The two major cities, Calgary and Edmonton and smaller rural areas have unique characteristics and many places to visit. If you are new to Alberta, these are some places and activities that you should check out.

Buffalo National Park is considered an excellent example of an ongoing yet successful struggle to save several species of plants and animals. It comprises some of the largest segments of undisturbed grass and meadow landscapes on the entire North American continent. As the grass sustains the largest existing population of Wood Bison, a threatened species, it is essential to conserve them. What was once a population of 40 million in 1830 had dwindled to less than 1000 by the 1900s. This park is also a migratory resting point for birds of different species and is the only breeding habitat for the Whooping Crane, another endangered species. Seeing its importance in conserving threatened plants and animals, it has been granted UNESCO World Heritage site status. The park is also known for supporting the long-standing tradition of native subsistence. This park is not easy to visit and is connected to the rest of the world only by road. However, it is highly recommended to take a flightseeing tour of the park as most of it is inaccessible by land.

Once believed to be the most secure document vault during the Cold War, it turned out to be just a few shallow caves. Located inside the Bow Flats Natural Area, there is a large tunnel carved into a slope of Mt. McGillivray’s limestone rocks. The tunnel leads inside the mountain and opens up to chambers of around 80 by 25 feet. It is said that the Canadian government tunnelled into the mountain to build a bunker to house officials in the event of a nuclear action during the Cold War. The truth is not far from this. Initially constructed by three brothers, it was intended to be constructed as a vault for holding only documents. The idea was to keep the most important documents safe during nuclear fallout. However, the plans could not materialize and what could have been the largest secure file storage vault of that time never actually came to be. Today the vault caves sit empty but have become a favourite spot for amateur hikers and cavers to explore the chambers without any restrictions. If you plan to visit the caves, make sure to pack a decent flashlight.

Though this is an indoor activity, it gives you an outdoor-like experience. The flight simulation centres provide an exceptional experience to the people of Calgary. It is, in fact, the only flight simulation centre that allows the general public, without any experience or training in flying fighter jets or commercial aeroplanes, to experience the life of a pilot. Visitors are given special instructions to make it easier for them to navigate the simulation experience. There are also iFly Calgary centres that provide a skydiving experience without going up into the air or jumping off a plane from 12000 feet. This is a perfect activity for those who wish to experience adventure without putting themselves at risk. The experience is almost real, with the simulators being a replica of a flight’s cockpit and following the exact steps that a pilot follows.

This is a 5-hour adventure that begins with an easy 6 km round trip hike to the Blackshale Suspension Bridge. Not many can dare venture out onto the bridge. This is a perfect spot for photographers to get some fantastic clicks high up in the canyon. The next step after visiting the bridge is to visit Lower Kananaskis Lake. The beautiful turquoise lake is surrounded by towering mountains, a perfect picnic and lounging spot before returning to the nearby village. You will also get some extra benefits such as a picnic lunch, non-alcoholic beverages, a certified guide, and air-conditioned transportation to and from the trailhead by taking a guided tour. The total duration to cover the suspension bridge and the lake is around 5 hours and the best time to visit is between June and August.

These four places should be on the top of anyone who is planning an outing in or around Alberta. Many other places can be visited that provide an equally thrilling experience. There is no dearth of exciting activities around Alberta, so you always stay entertained.