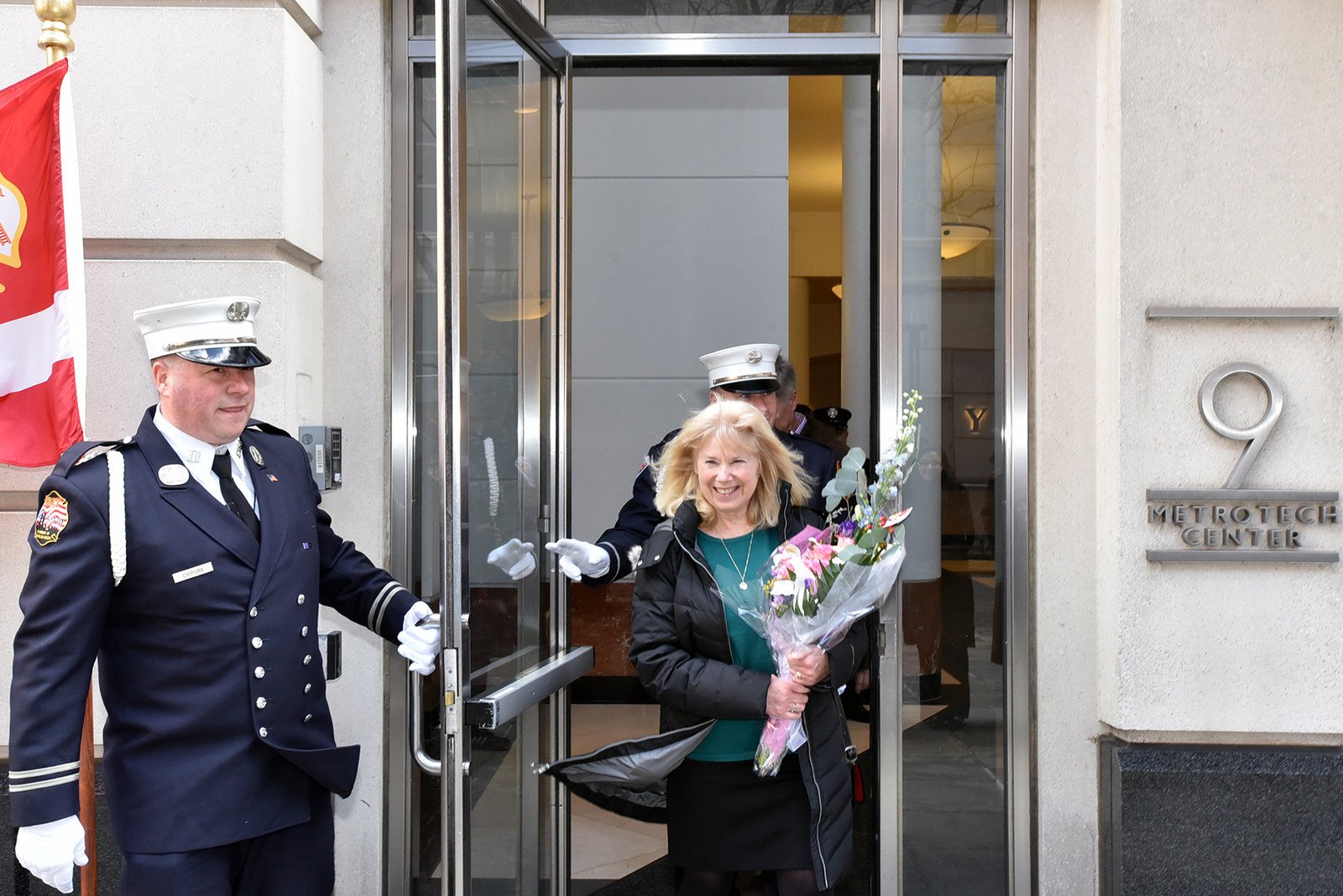 Kerry Kelly, who has been a FDNY Chief Medical Officer since 2012, joined the department in 1998 and was promoted to her current position two years ago. She had previously served as a fire lieutenant and as an instructor in the Fire Academy. The Chief Medical Officer has a long list of accomplishments and awards under her belt including being named one of the “50 Most Beautiful People” by Life & Style Magazine, receiving Woman of Distinction Award from NYC Mayor’s Office for Women’s Issues, being chosen as one of “The Top 100 People in Healthcare” by Modern Healthcare Magazine, among others.

Kelly has also worked with the American Red Cross assisting with relief efforts after Hurricane Katrina, the earthquake in Haiti and the 2004 tsunami.

Kelly is a graduate of Saint Joseph’s University with a master’s degree in Public Administration. She is also a graduate of the FDNY Fire Academy and has completed the FDNY Leadership Development Program. Kelly and her husband currently reside on Staten Island with their two children.

Kelly was joined by her husband, Daniel Jost, who was promoted to Deputy Chief of Department after being named Assistant Commissioner for Operations in 2013. He has been with the department since 1985 as a firefighter and began his career as an EMS Lieutenant. Jost also served as assistant to Chief of Department for Operations, where he was responsible for training, quality assurance, personnel administration and operations management for all fire companies throughout New York City.

Dr. Kerry Kelly, an experienced and successful doctor with over 20 years of experience in the health care field, has learned a lot about living a healthy lifestyle while working towards achieving her goals. She is constantly learning new things to stay ahead of the curve and improve her medicine skills. Kelly aims to become a world-class doctor and improve the medical field.

“When I’m in the office, I’m constantly trying to learn something new. As Chief Medical Officer, I’m responsible for the health and well-being of our entire FDNY population. I try to maintain a healthy lifestyle, eat well and exercise regularly. To be successful at this job, you have to make sure that you are always learning something new so that you can always be at your best.”

“The most important thing that you need is passion for what you do. It is also important to have a good work ethic and an open mind.”

“Being in this position has really helped me grow as a person. As Chief Medical Officer, I am constantly learning new things and improving my skills so that when I encounter any problem or disease, I will be prepared to handle it. As I gain experience, my abilities to manage the department will improve.”

“When you are in this position, there is always so much that you can do. I am constantly being challenged and learning new things. There’s so much to learn about our job and about the medical field in general.”

“I definitely want to grow as a doctor and become a world-class doctor who is using her knowledge to help people better their lives.”