HomeHealthDiet vs. Genetics: Which Has the Biggest Impact on Weight Management?
Health

Diet vs. Genetics: Which Has the Biggest Impact on Weight Management? 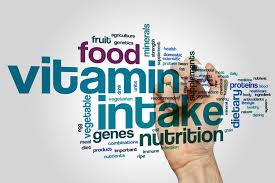 Your ability to lose, gain or maintain your weight depends on genetic, environmental and behavioral factors. But how much of this role does genetics play in weight loss compared to eating a healthy diet? Is there any truth to genetics that plays a substantial role in your ability to lose weight to improve overall health and body composition? Or is diet the driving factor?
That extra bag around your stomach had to come from somewhere, right? Your childhood weight problems weren’t just inherited from your parents, right?

Genetics play an interesting role in body composition, especially when it comes to body fat. Your body is designed to store fat in certain places, depending on your gender, age and, of course, your family’s genes. If you are a woman, naturally, you are likely to carry more fat than men, since fat plays an important role in the reproduction process. The essential fat values ​​for men and women are 3 percent and 8 to 12 percent, respectively. Genes, however, will determine whether women will carry this body fat around their hips and thighs instead of storing fat in their upper body. Men, on the other hand, tend to carry belly fat, but they can also carry fat elsewhere; Fat storage, regardless of gender, may play a significant role in influencing health risks.

Could genetics cause your body to have a set body composition? The benchmark theory suggests that there is a specific weight range that your body may prefer. This is thought to contribute to the likelihood of regaining weight after a diet. The set point theory also suggests that this ideal weight range can be genetically altered by diet or environmental factors. In light of this, an article questions whether the consumption of Western diets, diets that are large in portion size and typically high in calories, camouflages normal body weight regulation.

A review published in Maturitas provides evidence that central adiposity, the fat around the abdominal area, is inherited, even after BMI has been accounted for. The researchers also stated that genetics influence gender-specific body fat distribution, with DNA variants affecting the maintenance and deposition of body fat, as well as body shape. So while genetics may play a role in determining your body composition, are there certain genes that do the calling? Let’s dig deeper.

Do genetics restrict a healthy diet?

The researchers conducted a randomized clinical trial to determine the effects of a healthy low-fat diet compared to a healthy low-carbohydrate diet on body weight change and questioned whether genetics modified those effects. The 12-month study focused on the implementation of reduced-calorie diets that were sustainable and focused on the quality of the food within them.

Based on our previous discussion and what was explained about the impact that genetics has on weight loss, can you guess what the main findings of the study were?

Well, both groups lost a similar amount of weight with the healthy low-fat diet group losing 11.7 pounds (5.3 kg) and the low-carb diet group losing 13.2 pounds (6 kg) over 12 months. Bringing in genetics, of the 481 participants who completed the trial, 244 people had a low-fat genotype and 180 had a low-carb genotype. Although it may seem that a genetic predisposition to respond better to different foods may influence the results, there was no significant interaction between diet and genotype. In other words, the genotype pattern was not associated with the effects of weight loss, but the impact of caloric restriction likely was.

So should I cut calories?

Although weight loss is simplified to calories in > calories expended, remember that weight loss is more complex than that. An important aspect of diet to learn regarding its effects on your body composition is the thermic effect of food. Also known as diet-induced thermogenesis, thermic effect describes the amount of energy expended above the resting metabolic rate that is needed to digest food. For example, protein has a greater thermic effect compared to carbohydrates or fat. In other words, we burn more calories when we have a higher protein content in our meals.

A combination of a healthy diet and exercise is the most effective strategy for decreasing fat while increasing muscle. A regimen of weight training and cardiovascular (aerobic) exercise can improve muscular endurance, increase skeletal muscle mass, and decrease overall body fat mass by increasing fat oxidation, especially during high-intensity workouts.

However, a combination of weight training and aerobic exercise does not necessarily lead to greater losses of body fat or increases in muscle mass. The researchers conducted an 8-month study of 119 sedentary, overweight, or obese adults and divided them into three training groups: resistance training, aerobic training, and a combination of the two.

Which is more shocking in weight and body composition?

Based on the evidence provided in this article, although genetics play a small role in weight control and body composition, your diet has the biggest impact on weight and body composition. Understanding the roles that nutrition and exercise play in your fitness goals is more important than wondering if you have problems with weight loss due to hereditary factors.

In any case, the only influences your family has on your attempts to live healthier are the beliefs and attitudes toward healthy eating and exercise that they have instilled in you. In other words, you have inherited their behaviors towards health and wellness, which can be changed by forming new healthy habits.

So no more blaming your mother, father or aunt for your weight or body composition. Of course, you may be predisposed to carrying a few extra pounds around your waist, but your body composition is up to you, your dietary habits, and your exercise habits.