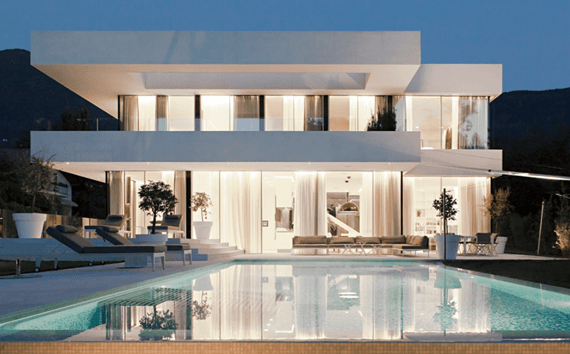 The recent developments in Capital Smart City have astonished everyone. On the other hand, Lahore Smart City is also flying high and getting a round of applause from every investor. When two things have something in common, people ask a little more about them. The same is happening with us on a daily basis. A dozen of people call us every day to confirm whether Lahore Smart City is the sub-project of Capital Smart City or if it has its owner and independent status. The recurring questions sometimes fed us up. We decided to compare these two ultra-modern housing societies with each other so that the readers can get a comprehensive idea about these two societies. Invest in Blue World City.

We will share Capital Smart City and Lahore Smart City’s case studies in the following.

Capital Smart City is the project of Habib Rafiq (Pvt.) Limited. The mentioned group is considered one of the finest and leading real estate firms – some deem it the leading and the most developed real estate company in Pakistan. However, to bring international standards to the housing society, Habib Rafiq Group joined hands with Future Developments Holdings Limited for the full completion of the project. Later, both companies hired Surbana Jurong (SJ), a Singapore-based construction company, to bring international standards and become the only Smart Housing Society in Pakistan.

Capital Smart City is located next to New Islamabad International Airport – a meager, 5-mint drive away. The society’s premier location makes it the most decorated housing society in Islamabad. Buy plots in Lahore Smart City.

Before we discuss the owner and developers of Capital Smart City, you need to keep in mind that Lahore Smart City is the project of Habib Rafiq (Pvt.) Limited. The rest you need to comprehend on your own. Neither HRL needs any further explanation nor FDHL. In the above portion, we stated a lot about them. However, one thing has become clear Lahore Smart City has the same owner, developers, and master planner as Capital Smart City.

Other constructors of Lahore Smart City

It is a good sign for a project that so many developers are involved in its construction and development. Following is the list of the companies interested in constructing this state-of-the-art housing society.

Lahore Smart City is located adjacent to National Highway N-5. Another near route to the society is Lahore Bypass. However, the Lahore Ring Road will provide direct access to the community because it will allow the Sialkot residents to reach society in the blink of an eye.

The final words conclude that both societies are developing with the same mindset and using the same technologies. In the near future, both these societies will become the most coveted and desired housing societies in Pakistan. Do you want to buy plots in Kingdom Valley Islamabad?

Jawad Ali Khan, a content writer by profession and penchant for creative writing, is committed to compose unsurpassable description, blogs, and articles. Currently, I am providing my services as a content writer with Sigma Properties.