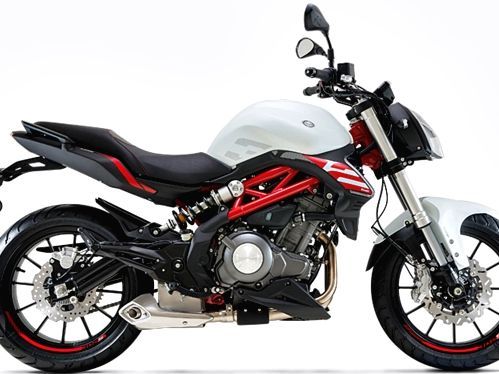 Last year, I tested the 302R from Benelli, a parallel-twin 360-degree ignition engine that challenged the 300-degree range of yellow-standard bikes. With a full-color LCD display and LED headlights, the Benelli 302S is set to continue the world’s challenge of a parallel twin-cylinder street car!

Benelli 302S test drive
Although the Benelli 302S is partly based on the 302R’s styling and accessories, the Benelli 302S 2022 is actually more sincere than expected. Even the tires have been enlarged for the 302S to a width of 120 at the front and 160 at the rear. Although it is not a bike we often see, the 302S has a different feel to it, whether in terms of engine performance, suspension characteristics, or even riding position.

The 302S has a parallel twin-cylinder engine with a maximum power of 38ps, but with its 360-degree ignition, the 302S needs to be paired with a higher rpm, even at 8,000rpm, in order to deliver the right amount of power, but on the other hand, the low rpm power of the 302S is not too violent for novices.

Regarding braking power, the 302S has twin front disc brakes, a pair of four-calipers, and even a floating disc, which looks great overall. It will take some time to get used to the brakes.

However, the suspension characteristics and agility of the bike are good. With the same wheelbase, the 302S is indeed more capable than the 302R of handling urban bends, and on hills, it doesn’t feel too much of a suspension deficit. The 302S is still on the stiff side of street running.

In conclusion, Benelli’s 302S is clearly designed to cater to the emerging 300-500 class street car market in many countries, and in the face of the incomplete but safer rights of way for the 300 class in China, there is plenty of competition for both single and twin cylinder street cars. However, suppose you add equipment to the selection criteria. In that case, there are very few imported models in the 300 class, but it depends on how you choose, whether you want to buy a bike based on equipment and specifications, or whether you want to focus on the brand and the ride.