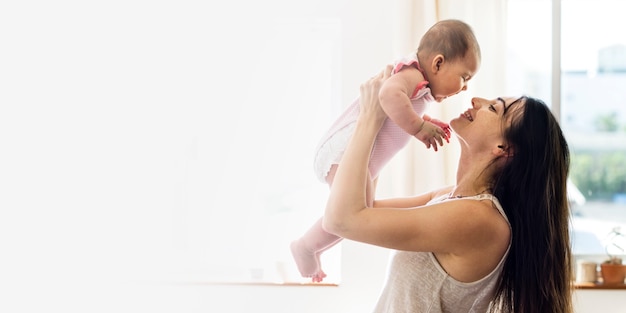 World Breastfeeding Week (1-7 August 2018): World Breastfeeding Week is celebrated from 1 to 7 August in the world. For this in India also, publicity and awareness programs are organized by the concerned departments at various levels. This year’s theme – Breastfeeding is “Foundation of Life” but the thing to keep in mind here is that if we want to reduce maternal mortality and infant mortality, then such programs have to be run throughout the year. Breastfeeding is life-saving for both the baby and the mother. This not only helps in the physical, mental and emotional development of the child, but it also brings many benefits to the mother. And that’s why the mother has been giving milk to her children since time immemorial.

After birth, mother’s milk is essential for the baby for four to five months. It is beneficial for the health of both mother and child. After delivery, the first yellow condensed milk that comes out of the mother’s breast is the most beneficial for the newborn. Mother’s first milk is also called the first vaccination of the baby. This milk has amazing power to increase the immunity of the baby, so that the baby can fight diseases and infections easily. Mother’s milk is like nectar.

But in our country, there are still many misconceptions among women regarding breastfeeding and due to which both mother and child have to be deprived of the benefits of breastfeeding. If statistics are to be believed, hundreds of babies get unexplained health problems simply because they do not get breast milk. Hundreds of lives could be saved every year if all newborn babies were fed only breast milk for the first 6 months. And the health and development of millions of other children can be greatly improved.

It is time to change the perception that breastfeeding harms the mother. Mother’s milk is the best milk for the baby. Unless the mother is aware of the importance of breastfeeding, babies will not be able to get the benefits of mother’s milk.

Every year the first week of August is celebrated as Breastfeeding Week all over the world to raise awareness of breastfeeding among mothers. In which women are told about the importance of breastfeeding and infants are specially encouraged to feed exclusively breast milk from birth to six months.

It has also been obtained from many researches and research work that only a mother with a healthy and strong body can provide adequate nutrition to her baby through breastfeeding because there is also a rule that till the age of six months, the baby should be fed only by the mother. Milk should be fed only and after six months, upper diet should be started so that the growing and developing child can get adequate nutrition.

-> Mother’s milk increases the intellectual capacity of the baby,

-> Mother’s milk is available to the baby 24 hours a day and does not require any preparation,

-> Mother’s milk is nature’s gift to the baby which does not need to be bought,

-> Mother’s milk creates a special bond between the infant and the mother,

-> Mother’s milk helps the couple to differentiate between the children,

-> Mother’s milk helps the mother to reduce the weight gain during pregnancy.

Benefits Of Breastfeeding For The Infants

–> Prevents all types of malnutrition – Mother’s milk acts as antibodies for the child. The child should not be given water or other substances for six months after birth. Mother’s milk alone is sufficient. It reduces the risk of all diseases like pneumonia, diarrhea in the child to a great extent.

-> The thin condensed milk that comes out of the mother’s breasts for a few days immediately after the birth of the baby is called colostrum (Khirsa). It is yellow colored viscous milk. Often people do not give this milk to the newborn child by calling it dirty and spoiled milk due to superstition. Whereas doctors say that colostrum is most beneficial for the child and contains elements that protect against infection. It is also rich in vitamin A and contains more than ten percent protein.

-> Food Security is the best way for the newborn – Colostrum contains less fat and suitable carbohydrates. Mother should feed this milk to her babies within 1 hour of the birth of the baby. Feeding it helps in the storage of nutrients and protection against infections in the newborn.

-> World Organization, UNICEF and other leading organizations working in the field of health also consider colostrum i.e. Khirsa beneficial in protecting against many diseases.

–> In view of the benefits of colostrum, this milk has been called the first vaccine of the baby.

-> Apart from colostrum, mother’s normal milk is also no less than a boon for the newborn because it contains nutrients like white blood cells, minerals, vitamins and amino acids and enough water, which increases the immunity of the child. .

-> Mother’s milk is digestible which is easily digested by the baby,

–> After six months, start giving light food to the baby, but breastfeeding should be continued for at least one to two years.

-> Helps to break the cycle of poverty.

Benefits Of Breastfeeding For The Mother

-> According to a research by the University of Oxford, the risk of heart attack and stroke is reduced by up to 10 times in most women who breastfeed.

–> Breastfeeding reduces the blood loss that occurs after the baby is born. Most of the deaths of pregnant women are due to excessive bleeding during delivery, which is medically known as “post-mortem hemorrhage”. If the mother breastfeeds soon after delivery, a hormone called oxytocin is released, which causes the uterus to contract. This greatly reduces the risk of excessive bleeding after delivery.

–> Helps the uterus to return to its former size.

–> The risk of getting uterine cancer, breast cancer and ovarian cancer in the future is reduced.

–> Helps to avoid re-pregnancy naturally. If the mother continues to breastfeed the baby regularly, pregnancy may not occur until after six months. Breastfeeding keeps the prolactin hormone released from the mother’s body, due to which the mother does not get pregnant naturally for six months.

-> There is also a huge advantage of breastfeeding that the weight gained during pregnancy is reduced quickly and prevents obesity after delivery.

–> Breastfeeding creates a special bond between mother and child.

Apart from this, breastfeeding the baby is also beneficial for the family.

–> Breastfeeding reduces the cost of medical care for both the mother and the child as they are less sick.

–> Mother’s milk is easily available and without spending money whereas canned milk has to be bought.

Your skin and body are just as different as you are. We strive to provide you with accurate, safe and professionally verified information through our articles and social media handles, but always consult your doctor before trying any home remedies, hacks, or fitness tricks.