HomeTechnologyAutomotive Technology Will Change the World in Future
Technology 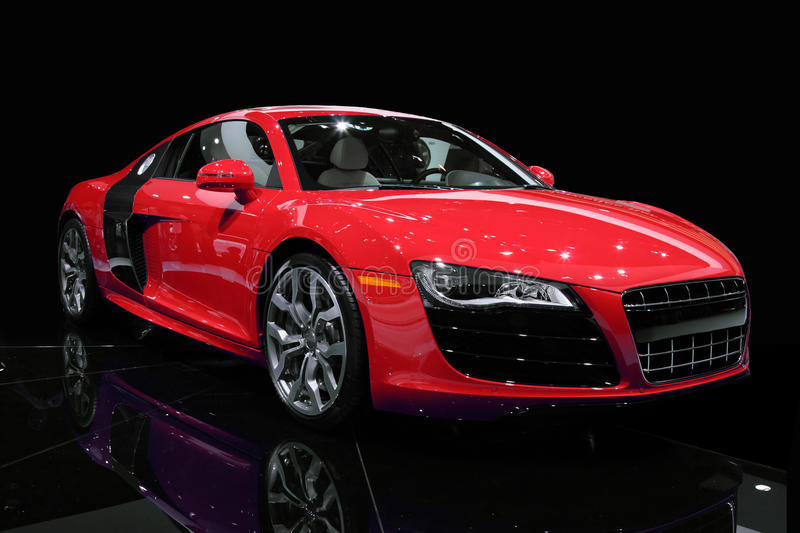 Automotive technology is advancing rapidly, and the day is not far off when the driver will become another passenger: cars will become completely autonomous. Well, maybe that day is not quite close yet: according to the report of the Association of the German Automotive Industry, automotive technology is now in the second stage of automation, and there are only five of them. So we will not see a full-fledged autopilot until 2030.

However, today’s achievements in the field of automotive electronics are amazing. AiF.ru has assembled intelligent systems that are already working today, and tomorrow they will become widespread and take road safety to a new level.

What causes cars to crash the most? It turns out that due to non-observance of the distance by drivers. In the United States, it has been calculated that every 17 seconds a careless driver crashes into a car in front. Such accidents rarely lead to serious consequences, but they negatively affect traffic, clogging cities in traffic jams. And this is a serious damage to the economy: the losses from traffic congestion amount to billions of dollars. The solution to the problem is intelligent assistance systems that stop the car without the participation of the driver.

Similar devices are already in use, for example, Volvo, Ford and Mercedes-Benz. By measuring the distance using radar, they first warn the driver, and if there is no reaction, they brake the car on their own. So far, such a system can only be equipped with a car, it is not included in the list of basic safety options, such as ABS or airbags.

However, the US National Highway Traffic Safety Administration has found the intelligent braking system so useful that it is recommended for installation in every car sold in the country. This proposal was supported by the largest automakers: Audi, BMW, Ford, Volkswagen, Toyota, General Motors and Mercedes-Benz. Thus, it will become the first regular system aimed not at mitigating the consequences of an accident, but at preventing an accident.

Sweden is considered to be the most advanced country in the field of road traffic: innovative ideas in the field of traffic safety in 1997 were combined into the Vision Zero state program, which made it possible to achieve the lowest road deaths among the EU countries. However, it must be admitted that in recent years, the United States has increasingly been a pioneer in road safety. No wonder – the number of fatal accidents in America is twice as high as in Europe; this is a serious problem that needs to be urgently addressed.

One of the American developments in the field of security is the V2V (vehicle-to-vehicle – “car to car”) and V2I (vehicle-to-infrastructure – “car to road objects”) systems. These are protocols for exchanging data between cars and various roadside structures, functioning like Wi-Fi. The equipment includes a transceiver that provides stable communication between network participants at a distance of 800–1000 meters. Based on GPS data, speedometer, odometer and accelerometer readings, the on-board computer calculates the probability of a collision.

What can this give in practice? For example, if there is a car in the oncoming lane, and the system detects the intersection of the axial lane, the driver will receive a warning about the danger of the maneuver. Or passing an intersection: if the computer thinks that the cars will collide on intersecting courses, it can slow down one of them – thereby preventing a seemingly inevitable accident.

V2V-equipped machines are constantly exchanging data. If one of the network participants has activated the stability control system, all nearby drivers will be warned that there may be ice on the road. Or imagine that an ambulance or firemen are moving in a traffic jam; smart electronics will tell drivers to give way before they see the flasher. In a word, there are many options for interaction.

Of course, so far this is more like science fiction, but V2V prototypes have been tested by General Motors on Cadillac cars for quite some time. The biggest problem is that for the full functioning of the system, all traffic participants, without exception, must be connected to the network. And if it is still possible to achieve this with cars, then what about motorcyclists, mopedists, cyclists or, say, horse-drawn carts? So far, this question remains unanswered.

Hidden behind a power frame made of high-strength steel and surrounded by airbags, the driver today is more or less protected from the consequences of an accident. What can not be said about other participants in the movement. However, automakers also do not forget about the safety of pedestrians and cyclists. The options described below are already installed on premium segment cars. In the near future, they will become the same regular equipment of all cars without exception, like seat belts.

Any motorist knows that seeing a pedestrian in the dark is not an easy task. Often it appears on the roadway quite unexpectedly for the driver. And the point here is not inattention: in the dark, a person’s peripheral vision and depth of perception are weakened. However, what a person is not able to see, electronics can detect.

“Night vision” systems are now equipped with cars from brands such as Mercedes-Benz (Night View Assist) and Toyota (Night View) – these brands use “active” detection of living beings using an infrared radiation source built into the headlight unit. Additional “illumination” allows the thermal imager lens to detect pedestrians at distances up to 300 meters.

Simpler systems (say, Honda’s Intelligent Night Vision) do not have their own infrared illumination, so the thermal imager can detect the “target” only due to its own “glow” (the temperature of the human body is usually higher than the environment), which significantly reduces the recognition distance – up to 150 -200 meters.

It is curious that BMW, in addition to the usual “night vision”, has also developed an auxiliary Dynamic Light Spot system. These are ultra-sensitive sensors that capture the heartbeat at a distance of up to 100 meters. In addition to warning the driver that a person is dangerously close to the car, the system will notify the pedestrian. For this, bright rotary diodes built into the fog lights are used.

Read Also: 5 GOOD REASONS TO CARRY OUT A CARBON FOOTPRINT FOR YOUR BUSINESS

Some More Posts From Mazing US:

Use Cosmetic Foundation Boxes to Increase Your Brand’s Popularity

3 tips for taking good care of your home

How does an E-Bike work?

What is a urinary tract infection (UTI)? How UTIs Are Diagnosed

7 unusual hobbies that can be developed at any age

CORPORATE GIFTS, THE TREND IS GREEN AND LOCAL FOR 2020

THE DIFFERENT TYPES OF NATURAL HAIR USED FOR EXTENSIONS