Ask a Child Custody Lawyer: Five Tips for Getting Custody 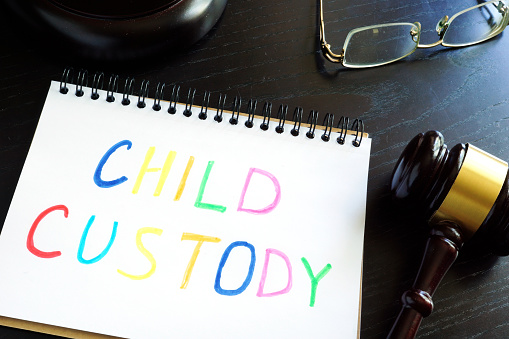 Ask a Child Custody Lawyer: Five Tips for Getting Custody

Before you contact child custody attorneys in Atlanta, GA, it’s important to understand your parental rights. In Georgia, parental rights for children are shared, which means that both parents have a legal right to custody of the children.

Usually, biological parents have automatic custody rights of children, particularly unmarried mothers. Biological fathers who are not on the birth certificate will need to file additional legal paperwork to establish parental rights for the child, which can then be used to obtain full or partial custody.

What If You Are a Non-Parent?

There may be some circumstances in which guardians who are not biological or adoptive parents can gain custody. A good example is a step-parent who is considered an equitable caregiver because they take care of the child when the child is in the custody of the biological parent.

2. Know the Difference Between Physical and Legal Custody

It’s important to understand the difference between physical and legal custody. In Georgia, the two different types of legal custody are shared by both parents. Although Georgia family courts will aim to give parents equal legal and physical custody rights, there may be some circumstances in which a parent only has physical custody and cannot make legal decisions about the child.

If both parents have physical and legal custody, one parent will be named the primary custodian and will be granted final decision-making rights about the child. The parent who has full custodianship of the child will also usually have physical custody of the child more for most of the time than the other parent.

It’s imperative to understand the rules about modifying custody. Although the court may grant equal physical and legal custodianship of the child, there may be circumstances in which you will want to modify custody agreements. For example, in cases where the child is abused or neglected while in the custody of the other parent, you may be able to petition the court to modify the custody arrangement.

If you need to modify custody, you will need the help of a child custody lawyer to gather evidence and file the proper paperwork, as well as represent the best interests of the child in court. Accusations of abuse and neglect when there is shared custody must be verified with evidence.

5. Remember the Best Interests of the Child Are Top Priority

The court will examine factors related to who watches the child, who feeds the child, who takes the child to doctors, who spends time with the child, and other elements of child care. The court will also examine the background of parents for criminal records and substance abuse. Testimony from the school, physicians, or police can also be used to determine which parent has the best interest of the child.

Getting custody in Georgia can be a complicated process, but if you have the right knowledge and evidence, you will be able to win full or partial custody of your children after divorce. It’s important to understand the difference between physical and legal custody, understand your rights as a parent, and know how to modify custody in certain circumstances. Having a parenting plan is a good first step to getting your desired custody arrangement.