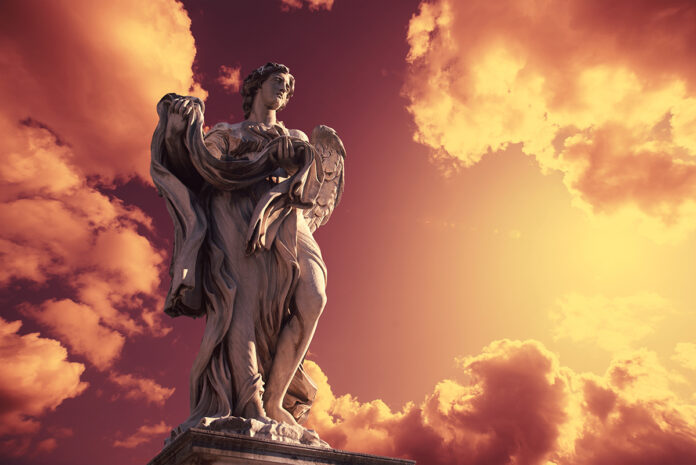 Understanding ancient Roman religion can be either boring or exciting: A family of pagan gods with their equivalent Roman and Greek names, who were replaced by Christ. But the broader and more interesting reality was a Roman empire growing over 1000years devouring and conflating exotic foreign deities, the superstitions of their people, and their magical rites.

To modern publics, the raw shaping forces of fear, magic, power and empire are more evident in films like “Raiders of the lost Ark” or “The Mummy” or even “Harry Potter”. Historically these forces shaped the simplistic “Pagan” set of deities like Jupiter, Venus and Mars. In the latter part of the Empire the same forces enabled a fresh and more enduring construct based around Christianity.

Mashing up the Gods for a united Empire

Today we tend to see generally simpler constructs of a complex set of historical religious beliefs. This is the result of various activities, both during the Roman empire and after it. Some ‘natural’ and others driven with a determined social objective of uniting the peoples of a broadening empire:

Roman historians tendentially wrote and published what was the approved view of the upper ruling class – after all they were the main literate audience. Furthermore, the authorities had no problem considering the deletion of unwelcome influences or remnants of the past. This is sometimes seen with ‘damnatio memoriae’ verdicts or when the authorities would happily clamp down on unwelcome religious practices.

Christian rulers of the Middle Ages may have only published a revised Christianity-centric interpretation of those earlier events. For sure they too clamped down on unwelcome (pagan) religious practices. Archaeology and research allows us to consider things more broadly even though much of the evidence is erased or buried away.

The essence of religion has been the same for all civilisation through time, made of a public and personal sphere. As expounded by the recent book “Sapiens” religion is also a construct which serves to create shared values in a broadening population.

From the outline above we can quickly see that what the expanding Romans acquired wasn’t only about temples, statues and rituals but also of magic and shared oral beliefs at a personal and individual level.

In the earliest days, when literacy was even more limited, the superstitious farmer-soldiers living on hilltops had their own smaller set of divinities such as Mars, Janus, Vesta and Quirinus. It is possible that some of these, like Mars, were in fact an inheritance of earlier Indo-European divinities. As their contact with external influences broadened so too did the number of divinities that they had to deal with and give a proper place to… It seems that even important divinities like Jupiter (sky) and Juno (wife) were imported from their more immediate neighbours.

As the Romans reached more broadly across the world they encountered cultures such as the Hellenic/Greek, Egyptian and Judaic civilisations; equating and conflating the deities they encountered along the way with their own.

This was at a time when literacy was only just spreading, sufficiently to read and understand common inscriptions. Populations were generally reliant on oral tradition and handing over stories prone to conflating concepts and idiosyncrasies. Natural syncretism would occur when it was realised that a divinity with a given foreign name was responsible for a given set of things in common with a home divinity.

In antiquity, Egypt and its millennia of history was an alluring beacon of ancient knowledge and lore. Starting from the 4th Century BC Egypt was taken and Hellenised by Alexander the great. The Greeks not only brought their own set of beliefs but also their own literature and alphabet with new phonemes for a fresh blend of mystical and magical formulae.

The Greek magical papyri found at Thebes in the 19th century are an incredible insight into aspects of religion from the 2nd Century BC to the 5th Century AD. Providing multi-lingual rituals and formulae they list out numerous spells and chants. It seems they were kept secret because of increasing pressure from the authorities to stamp out ‘magic’ or unacceptable religious practices.

The table above is in no way precise, but intended to give a sense of the timeline and scale of the factors at play when we discuss Ancient Roman Religion.

For ease we can split the development of Roman religion into 3 phases: Early, Middle, Late.

Roman Religion reflected in its lore, language and architecture

Our religion(s) are often reflected in the general culture and architecture of our cities and homes – the constructed environment around us. The attitudes and beliefs of those three epochs of Roman religion are still evident today. For example:

Eleena Wills
Hi, I’m Eleena Wills. Being a writer and blogger, I strive to provide informative and valuable articles to people. With quality, constructive, and well-researched articles, one can make informed choices. I cover a wide range of topics, from home improvement to hair styling and automotive.
RELATED ARTICLES
History

Yaaman Adventure Park In Jamaica: The Place Everyone Will Love