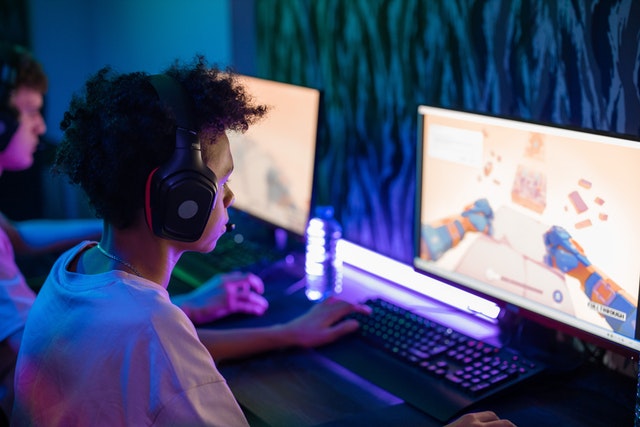 Veterans and those familiar with FromSoftware’s other games will be used to this already. However, not all Elden Ring players are part of that majority. Beginners might be left floundering and attempting to complete the game with subpar stats and Elden Ring items. Builds can increase Elden Ring Rune farming efficiency by leaps and bounds, so it’s worth learning about.

Here’s how you can build your own effective build.

Pick and Focus on a Playstyle

You’ll come across several weapons throughout your journey in the game. You can try them out in the lower levels to get a feel for them. Choose one to focus on and use. Taking a spread of stats to use any weapon you get isn’t a good strategy for several reasons.

First, you’ll be switching play styles quite often. It disrupts your rhythm and leaves all weapons unfamiliar to you. You won’t get to practice since you’re changing all the time. That leaves you scrambling and clumsy in battle, even if it is more potent than your former one.

If you switched from a sword to a spear, the timing of your attacks would be different. Spears have a slower rhythm to attacking than the relatively speedier sword. Plus, there’s a difference between Thrusting Swords and Straight ones.

Second, there’s only a limited number of points you can allocate. Suppose you’re trying to be a jack-of-all-trades, that leaves you with a mediocre spread that ends up going nowhere. You’ll have all the weaknesses with none of the strengths.

Third, player skill and mechanics have more weight than your equipment in combat. How else could a torch-only run be possible if everything relied on equipment? Mastering a weapon type is more valuable than always using the most potent weapon available.

This is related to which starting class you pick, as each has its specialties. Please read up on their descriptions and find one that fits your preferred playstyle. They also have various bonuses for specific styles, so it is a critical choice. You won’t be able to reset it later, so make sure you don’t regret it.

Stats influence much of your battle prowess. Each one affects different aspects of the battle, sometimes affecting even outside of it. As mentioned above, going for a balanced spread isn’t advisable. The most recommended way is to focus on one ‘main’ while raising Vigor, Mind, and Endurance.

The latter three stats increase your HP, FP, and Stamina, respectively. They’re needed for any build, essential to your continued survival. Many abilities also rely on FP or Stamina, and you won’t be able to use them if you run out. HP is vital, as you get a game over when it runs out.

Now, each Elden Ring weapon type generally has a consistent stat scaling, so you can see where to focus your allocation. Most physical weapons scale with Strength and Dexterity, while magical ones scale with Intelligence or Faith. There are exceptions, as some of them have characteristics that let them draw from other stats. Still, your primary stat should be one that any weapon you want to use can scale from.

While some weapons and armor are simply that, others have special effects that you might want to take advantage of. Consider how it fits in your chosen playstyle and how it can help you. They can also scale from some stats so take note of those too.

While player skill and mechanics influence your success in battle, the best equipment can help immensely. Elden Ring armor can give you more chances to make mistakes and take a hit. As for weapons, they’re your primary way of dealing damage.

Then there are also abilities, spells, and upgrades. The first comes from Ashes of War, that you can slot into your weapons or shields. They have varying effects, strengths, and weaknesses, so make sure you use those that synergize with your chosen style.

Spells are for magic users who’d instead use staves or sacred seals. They all have different uses and effects, and you’ll have to manage both your FP and Stamina for spellcasting.

Upgrades are for the weapons you want to use, increasing their Attack Power, Stamina Damage, and Guard Boost. It also increases scaling for Sorcery and Incantations for staves and sacred seals.

Stick With One at the Beginning

You’ll only have the ability to reset and reallocate your stats when you defeat Rennala in the Raya Lucaria Academy. For the whole time before that, you’ll need to stick with a build and make it good or at least serviceable.

Before that, you can note what weapons, Ashes of War, armors, spells, and what could not work together. When the time comes that you can reset your build, you can try out whatever combination you thought up.

Later on, when you have access to even more abilities and equipment, you can start trying out endgame builds. Some players even have it for New Game+ and seek out more challenging fights.

At any rate, having bad builds can be fixable later, though you’d want to progress through the game smoothly. It’s better to have a good one than scrambling to fix it while leveling up.

Have Fun, and Remember That Experimenting Can Open Up New Possibilities

Builds can be daunting for a beginner, especially for the advanced ones. Fortunately, beginners can start with simpler ones before getting into the more complicated bits. They can slowly get used to learning the game’s systems and getting used to their preferred weapon.

I hope this helps you create your build. There are a lot of guides out there, but only you can decide which one is the best for you. Besides, maybe what you prefer isn’t one of those cookie-cutter builds but your unique one. It will be challenging to farm Elden Ring Runes to progress with an unfocused build.