What is a chromebook?. 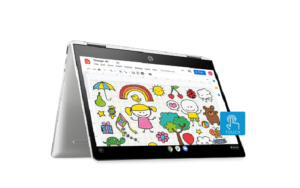 Chromebooks are laptops that run Google’s Chrome OS. They’re lightweight, affordable, and easy to use. Chrome OS is an operating system which was released in June 2012 by google. A Chromebook comes preloaded with apps like Gmail, Maps, Docs, Slides, Hangouts, Drive, Calendar, Play Music, and Photos. You can install other apps from the Chrome Web Store.  Chromebooks don’t come with a traditional mouse or trackpad—they have touch-sensitive buttons that work just like a touchscreen.   Chromebooks are designed to be used online only. If you want to save files offline, you’ll need to download them first. Chromebooks are great for students who spend their days glued to the Internet.

1. Easy to use Operating System

Mr. Nelson invented Google Chrome OS while working at Google in 2006. Chrome OS is Google’s Chrome-based operating system that ships with their Chromebook laptops. It was first released in 2011 and has been used in various devices since then. In more technical aspects it is based off Linux kernel 2.6.35 and its interface is written using HTML5 and JavaScript. As it is  based on Linux and is open-source, which means it’s free to use. Chrome OS is mostly a web browser at its core. It can also run Android apps.

The cost of a Chromebook is one of its main advantages. The cheapest Chromebook costs Rs 20,000, while the majority cost between Rs 25,000 and Rs 40,000. Even mid-range laptops can cost twice or three times as much as this one. You
will save a significant amount of money by purchasing a Chromebook. Reason behind its cost effectiveness is less hardware as all of the storage is cloud based and ChromeOS is a free and opensource OS, so it makes these chromebooks cheap. Here is the list of some of the mid-Range Chromebooks.

Chromebooks are more lighter and easier to take along than regular laptops because they lack traditional hardware like hard drives The Chromebook is one of the first laptops to venture into computer manufacturing without including a substantial hard drive. This is especially useful if you need to carry your laptop with you at all times like most of the students do. However, because it is a cloud-based solution, you will still require internet access to function.

In simple words, cloud storage is a type of storage where all of your digital data is stored in a virtual space on the internet that is
dedicated to you. It is becoming increasingly popular with the expansion and development of technology. As it lack traditional hardware like hdd so all of its storage is cloud based and all of your work will be saved in the cloud.

When you buy a Chromebook, you get 100GB of Google Drive storage for free. Other services like OneDrive, Dropbox charge you extra for this kind of storage. It is a good deal with Chromebook.

A Chromebook’s typical battery life is roughly six hours, however some versions can last up to thirteen hours. This is substantially higher in contrast to a mid-range ordinary laptop. Although modern laptops might offer the same battery life range. Long battery life is extremely useful  for students.

Can a chromebook Replace Windows laptop?

.Chromebooks are great for Students or for people who use it at home. They are more affordable than Mid range windows laptops. Windows laptops are better if you if you need more computing power and more offline storage. If your are looking for a gaming laptop or laptop for coding then windows is more better option.  Chrome OS isn’t bad but it’s not the best either. If you don’t really need that much power from your computer, then a Chromebook might be good enough. Both are fine choices. Just choose the one that fits your needs.