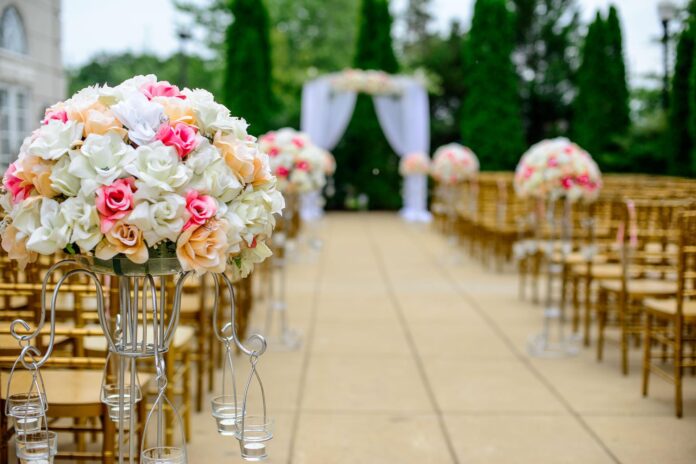 You Can Get More Longevity Than You Think

You can make it possible for cut carnation, hypericum, and chrysanthemum bouquets to last for more than two weeks if you’re wise in how you preserve them. Other types of flowers can be made to last a while as well, but these three tend to have the most longevity after being cut and put in a vase.

Cut bouquets die quicker because the flowers lose their connection to a root system that provides them with water. You can supplement that loss with the aforementioned vase. Also, add nutrients to the water, and there are more things you can do which we’ll discuss here.

First and foremost, think about the sort of bouquet you’re going for. It’s possible to grow different flowers close together, and these can be maintained indefinitely; though they’re hardly a bouquet in the traditional sense.

Still, if you want an endless floral centerpiece, this is the way to go. Obviously, it’s not the tactic most people are looking for, though, as it’s quite involved. However, if you were to plant the bouquet someone gives you, you might be able to nurture it perpetually.

Essentially, most flowers that have been cut can be made to continue growing if you’re swift and careful about getting them into the soil.

Generally, you want to do a few different things for the best results. First, cut the stems diagonally if the florist didn’t do that already; that will allow more water.

It’s generally a good idea to cut about two inches off the bottom of the stem anyway, as, in all likelihood, the flowers have remained at the florist for a bit of time, and their previous cuttings don’t allow in as much water from a vase as immediately after said flowers were trimmed.

Next, you’ll want to put a little sugar in the vase, and a few drops of bleach to kill microorganisms that would feed on the flowers as they decompose. Check out these effective strategies to preserve bouquets so they last longer. You may be surprised how long you can make a bouquet last.

Now there are “plant food” packets that you can buy relatively inexpensively, but they may or may not be best for your particular bouquet. Granted, they’ll save you a little time and complication, but there are things you can do to create your own plant food.

Proper proportions of sugar with a few drops of bleach to kill microorganisms represent one approach. Also, you can use coins for the chemical effect they have on a vase of water, as well as a few aspirins. Apple cider vinegar with sugar mixed into the vase can also be a good idea. Refrigerating flowers can help preserve them as well.

That said, with refrigeration, be careful; some flowers prefer to have a little sun even after they’ve been cut. Too much will wilt them quicker, but a little isn’t bad. Also, hairspray, soda, and vodka can be used for similar outcomes. Experimentation helps, and different cut flowers may respond differently to tweaks in the formula you give.

Next is an option many don’t consider. Flowers can be preserved forever with only a modicum of involved effort if you press them. The end result won’t be the same as keeping them in a bouquet, but then again, can you put a bouquet in a picture frame, mount it on the wall, and pass it down between generations?

This is the kind of option you want to use for an especially sentimental bouquet. Maybe you get one with a card from someone you really care about, who you may never see again. Well, in that scenario, you would press the flowers and put them together in a formation that reflects the original bouquet.

For best results with this method, wait until you’ve had the bouquet around for a few days so you can really enjoy it. When you start noticing signs of degradation, then have the bouquet pressed. In the meantime, use plant food, stem cutting techniques, and the like as a means of extending their longevity.

Bouquets That Stick Around Weeks Longer Than Expected

So we’ve looked at four options for bouquet preservation here that might be characterized as following the general life cycle of flowers. Planted bouquets can be harvested into traditional options, which can be maintained using best practices associated with cut flower maintenance. Also, you can just plant bouquets you’re given if you like them enough.

Finally, you can press the flowers when you’ve reached the furthest limits of such preservation, keeping them around as long as you’re able to preserve your assets.

Eleena Wills
Hi, I’m Eleena Wills. Being a writer and blogger, I strive to provide informative and valuable articles to people. With quality, constructive, and well-researched articles, one can make informed choices. I cover a wide range of topics, from home improvement to hair styling and automotive.
RELATED ARTICLES
Home Improvement

Reasons to Why Landscaping is Important

How To Become Immortal In Hinduism